What Are The “Pillars Of Creation” Captured By Nasa’s James Webb Telescope?

Recently, NASA’s James Webb Telescope captured a stunning image of the Pillars of Creation. But what exactly are they?

Once again, the iconic "Pillars of Creation" have been captured and released by the US space agency NASA’s James Webb telescope’s Mid-Infrared Instrument (MIRI).

Astronomers believe that the pillars are located some 6,500 light-years away from Earth.

They lie in the Eagle Nebula, also known as Messier 16, which is located in the constellation Serpens, which derives its name from the Latin word for "serpent."

What Are The Pillars Of Creation?

Pillars of Creation is the name given to the photograph captured by NASA’s James Webb Telescope. New stars are developing within thick clouds of gas and dust.

Although they are more permeable, the three-dimensional pillars resemble beautiful rock formations. The chilly intergalactic gas and dust that make up these columns sometimes seem semi-transparent in near-infrared light. 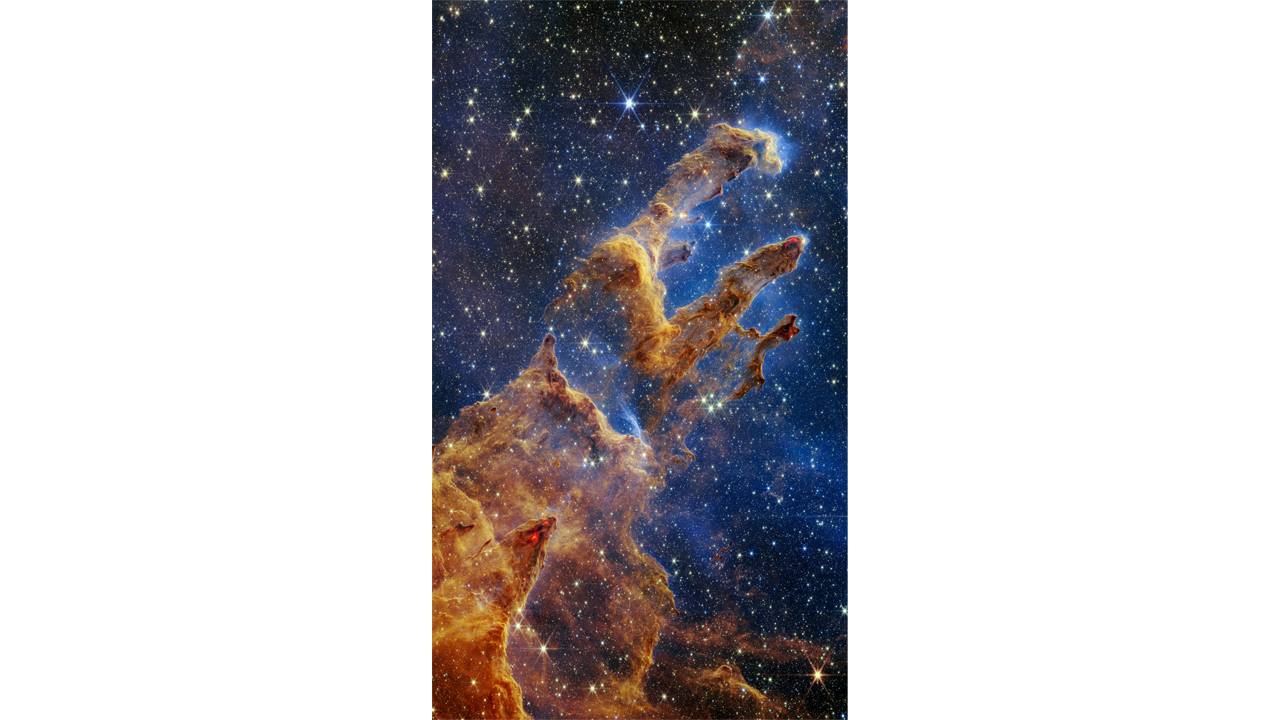 The pillars were first captured by NASA’s Hubble Space Telescope in 1995. After returning to the scene in 2014, NASA's Hubble Space Telescope revealed a sharper, wider view in visible light. Since infrared light is unseen to the human sight, Webb's Mid-Infrared Instrument, MIRI, shows the dust and pillar structure in greater detail.

The new picture in near-infrared light from NASA's James Webb Space Telescope enables astronomers to see more of the star-forming region's dust. More red stars that are still growing can be seen when the thick, dusty brown pillars become less opaque. Within the pillars of gas and dust, knots that have amassed sufficient mass start to collapse under their own gravitational pull, slowly heat up, and finally give birth to new stars.

MIRI was created through cooperation between the Jet Propulsion Laboratory of NASA and scientists and engineers from 10 different European nations, with the UK serving as the project leader.

NASA, the European Space Agency (ESA), and the Canadian Space Agency have worked together to develop the extraordinary James Webb Space Telescope. The telescope’s priority is to capture breathtaking images of celestial bodies.