NASA’s James Webb Space Telescope has captured new photos of Neptune's outer rings. The clarity of the planet's rings has not been seen since 1989.

NASA’s James Webb Space Telescope has captured new photos of Neptune's outer rings. The latest photographs, which were unveiled on Wednesday, are hailed as the best views of Neptune’s rings in more than three decades.

NASA has said, “Not only has Webb captured the clearest view of this distant planet’s rings in more than 30 years, but its cameras reveal the ice giant in a whole new light.” 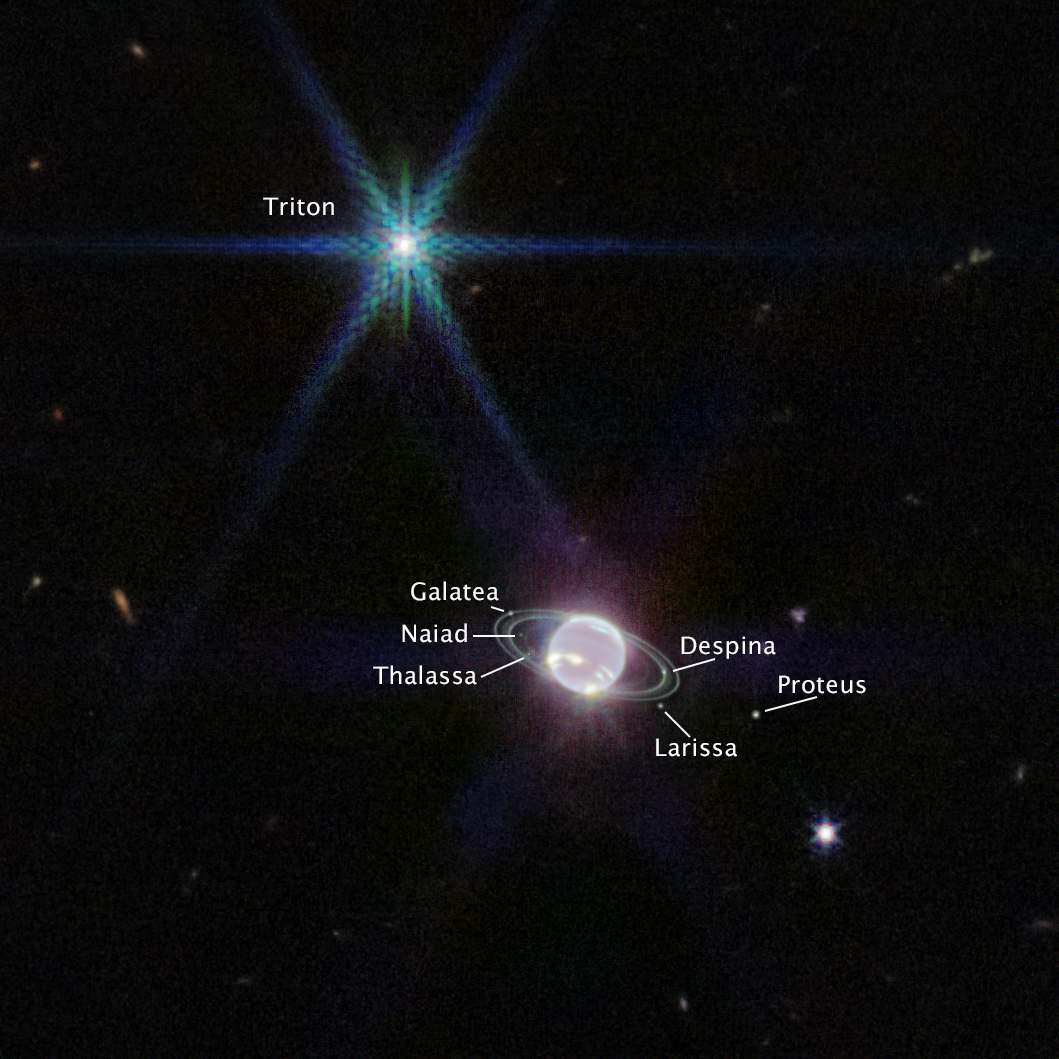 The Webb image vividly reveals Neptune's dim dust bands as well as many brilliant, thin rings. In the image above, Galatea, Naiad. Thalassa, Despina, Proteus, Larissa, and Triton, 7 of 14 moons of Neptune can be seen. The clarity of the planet's rings has not been seen since 1989, when NASA's Voyager 2 became the first spacecraft to examine Neptune. NASA’s 14 moons were also captured by the telescope.

Heidi Hammel, a Neptune system expert and interdisciplinary scientist of NASA, has further said, “It has been three decades since we last saw these faint, dusty rings, and this is the first time we’ve seen them in the infrared.”

Neptune was discovered in 1846 and has been a focal point of fascination for researchers since then. The planet orbits in the dark area of the outer solar system, located approximately thirty times further from the Sun than Earth. It is rich in elements which are substantially heavier than hydrogen and helium.

NASA, the European Space Agency (ESA), and the Canadian Space Agency have worked together to develop the extraordinary James Webb Space Telescope. The telescope’s priority is to capture breathtaking images of celestial bodies.

Will James Webb be able to see planets?

James Webb can see and click pictures of celestial bodies present in our solar system.

Can a human live on Neptune?

No. Neptune's atmosphere is not conducive for humans to live.

Neptune's rings are dark and faint in visible light, making them difficult to see from Earth.
Get the latest General Knowledge and Current Affairs from all over India and world for all competitive exams.