What is the difference between Fascism and Nazism?

The crisis of the European political system from the late nineteenth century to the end of World War I. led to the rise of two ideologies, i.e. Fascism and Nazism. In this article, we have explained the concept of the Fascism and Nazism; and also given comparison between Fascism and Nazism, which is very useful for the competitive examinations like UPSC-prelims, SSC, State Services, NDA, CDS, and Railways etc. 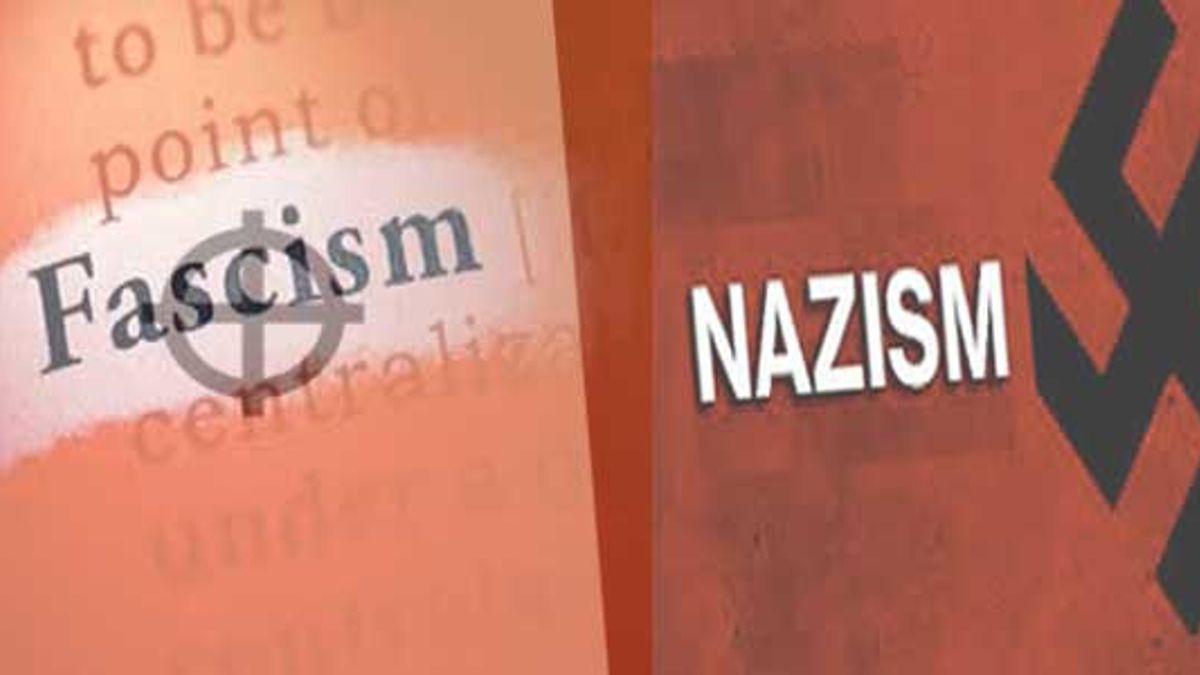 What is the difference between Fascism and Nazism?

The crisis of the European political system from the late nineteenth century to the end of World War I. led to the rise of two ideologies, i.e. Fascism and Nazism. Both the ideologies motivated by deep-seated fears of social and political disintegration and of political revolution on the part of both ruling elites and large sectors of the middle and lower-middle classes. Both ideologies were also marked by the personality cult, use of violence and rejection of both democracy and communism.

Fascism was originated from the Italian word fascio (plural is fasci) meaning ‘bundle’. Politically, it means ‘Union’ or ‘League’. It is a political theory advocating an authoritarian hierarchical government (as opposed to democracy or liberalism). It was a far-right form of government which was characterized by extreme nationalism, racial discrimination, promotion of violence and war, gender discrimination against women, and an unapologetic hatred for socialism.

Nazism is a far-right ideology of Adolf Hitler’s National Socialist German Workers’ Party, especially including a totalitarian government and racial superiority. It was started 1920s and lasted till the end of the World War II in 1945. It was intense nationalism, mass appeal, and dictatorial rule, Nazism shared many elements with Italian fascism.

Difference between Fascism and Nazism

Both the term, i.e. Fascism and Nazism were influenced by the rise of nationalism, fear from communism, crisis of the capitalist economic system and dissatisfaction with the outcome of World War I.

What is Napoleonic Code?