Netflix has released a limited-run series on Jeffrey Dahmer called, Monster: The Jeffrey Dahmer Story. Also known as the Milwaukee Cannibal, Dahmer was a monster and America’s most notorious serial killer.

Who Was Jeffrey Dahmer?

For more than a decade, between 1978 and 1991, Americans were living in terror. Men and young boys were especially terrorized because a sadistic serial killer was on the prowl. Who was he?

On May 21, 1960, in Milwaukee, Wisconsin, a monster was born. That monster came to be known as Jeffrey Dahmer. Dahmer was America's most notorious serial killer, and in the span of 13 years, between 1978-1991, he murdered, dismembered, and ate 17 men and boys.

In 1978, when Dahmer was 18 years old and had just graduated high school, he was driving home when he picked up hitchhiker Steven Mark Hicks. Under the guise of drinking, Dahmer lured the 19-year-old to his home.

After coming home, Dahmer gave Hicks alcohol and chatted with him for hours, but when Hicks tried to leave, Dahmer struck him on the head with a ten-pound dumbbell. When Hicks fell unconscious, Dahmer strangled him to death with the dumbbell. He dismembered Hick's body and stuffed it into a drainage pipe.

After getting away with Hick’s murder, Jeffery Dahmer enrolled at Ohio State University in August. But his time there was cut short as he had been failing his classes because of his alcoholism. Later, Dahmer enlisted in the army and was deployed to Germany. He was eventually dismissed from the army as well because of his alcoholism. He returned to Ohio, and nine years after the murder of Stephen Hicks, Jeffrey Dahmer began killing his other victims. 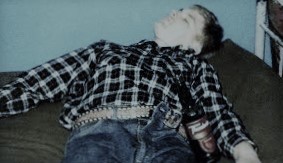 How Was Jeffrey Dahmer caught?

On July 22, 1991, Jeffrey Dahmer invited Tracy Edwards to his apartment for a movie and drinks. Dahmer then restrained Edwards and threatened him with a knife. However, Edwards was able to break free of his restraints and alerted two passing police officers. 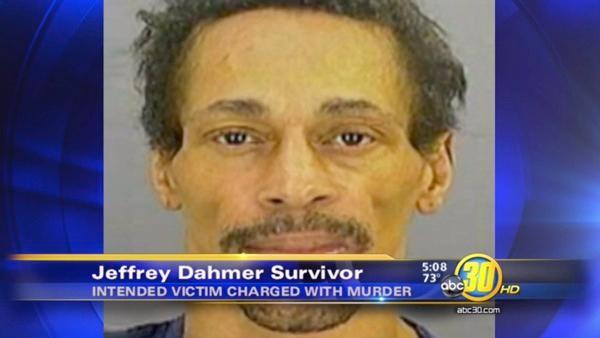 Edward’s escape was the reason Jeffrey Dahmer was finally arrested, convicted, and later sentenced to imprisonment.

After Dahmer’s arrest in February 1991, he was put to trial in Milwaukee and was charged with 15 first-degree murders in 1992. Dahmer's crimes were gory and horrifying. He was also accused of cannibalism, necrophilia, paedophilia, and many more atrocities.

Jeffrey Dahmer was eventually found guilty of the crimes and was handed 15 consecutive life sentences, which are equal to 975 years in imprisonment; a 16th consecutive life term was added later for the murder of Steven Hicks that he committed in 1978.

Where is Jeffrey Dahmer Now?

Jeffrey Dahmer’s victims were primarily boys and young men of racial and ethnic minorities. Dahmer was truly a monster born in the guise of a man.

Dahmer did an interview with the Inside Edition. Watch the full interview here.

What is the series being made on Jeffrey Dahmer?

Monster: The Jeffrey Dahmer Story, released on Sep 21, 2022, is a limited run-series based on the real-life story of Jeffrey Dahmer. It is available to watch on Netflix.

What is the name of the man who escaped from Jeffrey Dahmer?

Tracy Edwards was Jeffrey Dahmer’s final victim, who escaped his close call with death and was the reason for Dahmer's arrest.

How old was Jeffrey Dahmer when he died?

Jeffrey Dahmer was 34 years old when he was killed by a fellow inmate in 1994.
Get the latest General Knowledge and Current Affairs from all over India and world for all competitive exams.