Pregnant Egyptian Mummy: All you need to know about the "The Mysterious Lady" discovered by the Polish scientists

The 2000-year old body of a woman was seven months pregnant at the time of her death, thereby making it the world's first pregnant Egyptian mummy. 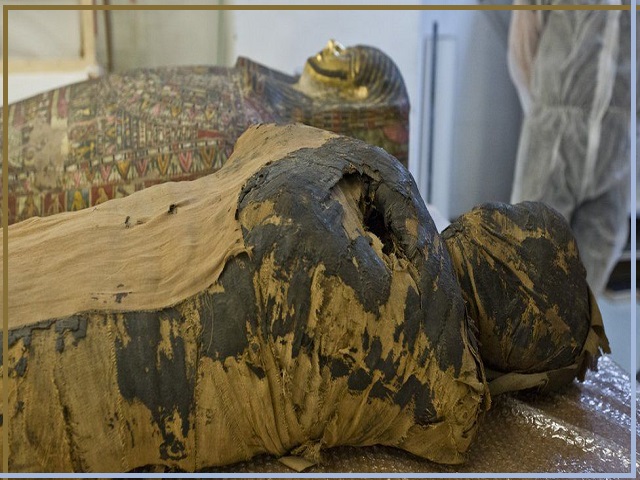 According to a team of Polish scientists, the 2000-year old body of a woman was seven months pregnant at the time of her death, thereby making it the world's first pregnant Egyptian mummy. The historic discovery was made by the researchers at the Warsaw Mummy Project and the findings were revealed in the Journal of Archaeological Science.

An anthropologist at the Warsaw Mummy Project, Marzena Ozarek-Szilke while examining a CT scan of a mummy at the National Museum spotted something peculiar and asked her husband (an archaeologist working on the project) to take a look.

Marzena Ozarek-Szilke stated, "When I looked at the lesser pelvis of our mummy I was interested in what was inside. I thought I saw a tiny foot."

"My husband looked at the picture and as a father of three, he said: 'Well, that's a foot'. At that moment, the whole picture started to come together," Ozarek-Szilke told Reuters.

The team performed X-rays and computer tests on what they previously thought to be a male priest. The scans and tests revealed that it was actually a woman in her later stages of pregnancy. The measurements of the foetus head revealed that it was between 26 and 30 weeks when the mother died for unknown reasons. 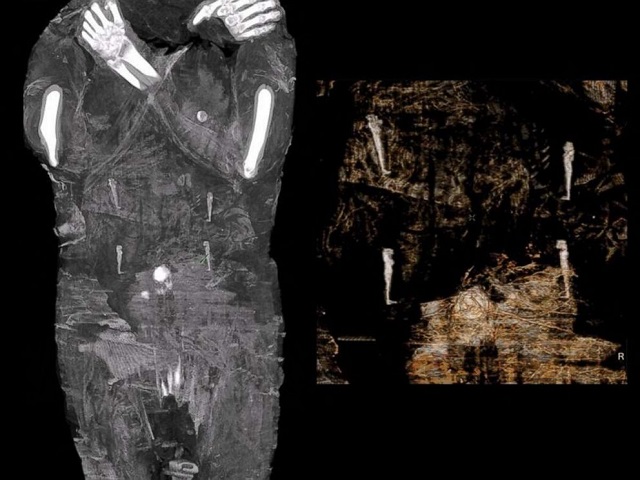 The Journal of Archaeological Science mentions, "Presented here is the only known example of a mummified pregnant woman and the first radiological images of such a foetus."

Four bundles which are thought to be embalmed organs have been found within the abdominal cavity of the mummy. However, scientists are of the view that the foetus was not removed from the uterus. It is unclear as to why it has not been extracted and embalmed separately, but speculations have been made about the afterlife or physical difficulties that may have contributed if removed.

The mummy has been dubbed as "The Mysterious Lady" because of the conflicting accounts of her origins. For decades, it was believed that the mummy belonged to an ancient Egyptian priest. The donor, at that time, alleged that the mummy was found in royal tombs in Thebes, but researchers say it was common in the 19th century to falsely ascribe antiquities to famous places to increase their value. The mummified remains were first donated to the University of Warsaw in 1826.

The inscriptions on the coffin sarcophagus led the experts to believe that the mummy inside was of a male priest Hor-Djehuti. However, 20th-century scientists have now identified it as a female with the help of modern-day technologies. It is believed that the mummy was placed in the wrong coffin by antiquity dealers when looting and re-wrapping of remains were not uncommon. As per the researchers, the mummy is well preserved but the damaged neck wrapping suggests that it was targeted for valuables.

Aenigmachanna Gollum: All you need to know about newly discovered fish named after a character from the 'Lord of the Rings'