Aenigmachanna Gollum: All you need to know about newly discovered fish named after a character from the 'Lord of the Rings'

‘Aenigmachanna Gollum’ remained hidden for a hundred million years, looks like a dragon and swims like an eel. 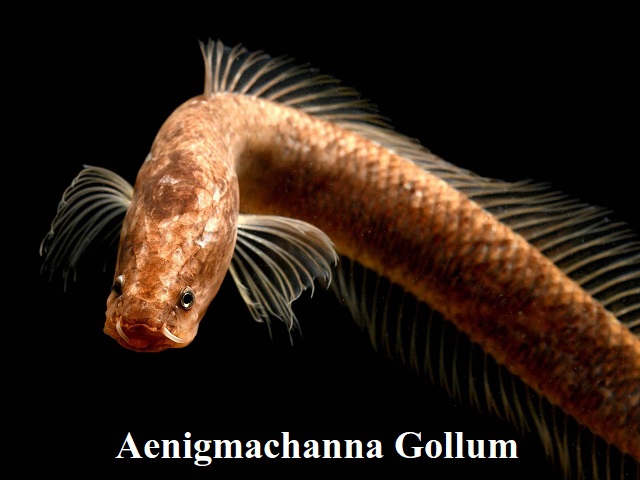 ‘Aenigmachanna Gollum’ remained hidden for a hundred million years, looks like a dragon and swims like an eel. The fish was discovered in the watery underground rocks and has been named 'Gollum', after the character from the 'Lord of the Rings' fantasy novel.

As per the researchers, the Aenigmachanna is a Gondwanan lineage who has survived the separation of India and Africa around 120 million years ago.

1- It belongs to a family of fish called dragon snakeheads.

2- Sister species of Gollum, ‘Aenigmachanna Mahabali’ has also been discovered.

4- The scientists have described it as a 'living fossil'.

1- The dragon snakeheads live in the subterranean aquifers and come to the surface only after heavy flooding from rain. Due to this reason, they have evaded scientists to date and it is the key reason why their behaviour and characteristics have not evolved over millions of years.

3- They do not have the suprabranchial organ to breathe air and proliferate widely.

4- Snakehead fish are freshwater species and are usually found in Asia and Africa.

How the fish was discovered?

The fish came into limelight after a local Keralite found fishes in the paddy fields of Kerala, after the 2018 floods.

The person never saw any such fish before and shared pictures on social media. Rajeev Raghavan, Assistant Professor at the Kerala University of Fisheries and Ocean Studies, saw this post and emailed the pictures to Ralf Britz, Senckenberg Museum at Dresden, Germany. Britz couldn't identify it either.

Britz came to India while Raghavan and his colleagues collected more specimens of the fish for the scientific study. In May 2019, the Gollum snakehead was first identified as a new species, a study published in Zootaxa revealed.

Do you know the reason behind the fish rain?