Once again students of ALLEN Career Institute outshine in JEE Main examination. The result of JEE Main 2019 has been released by National Testing Agency (NTA). 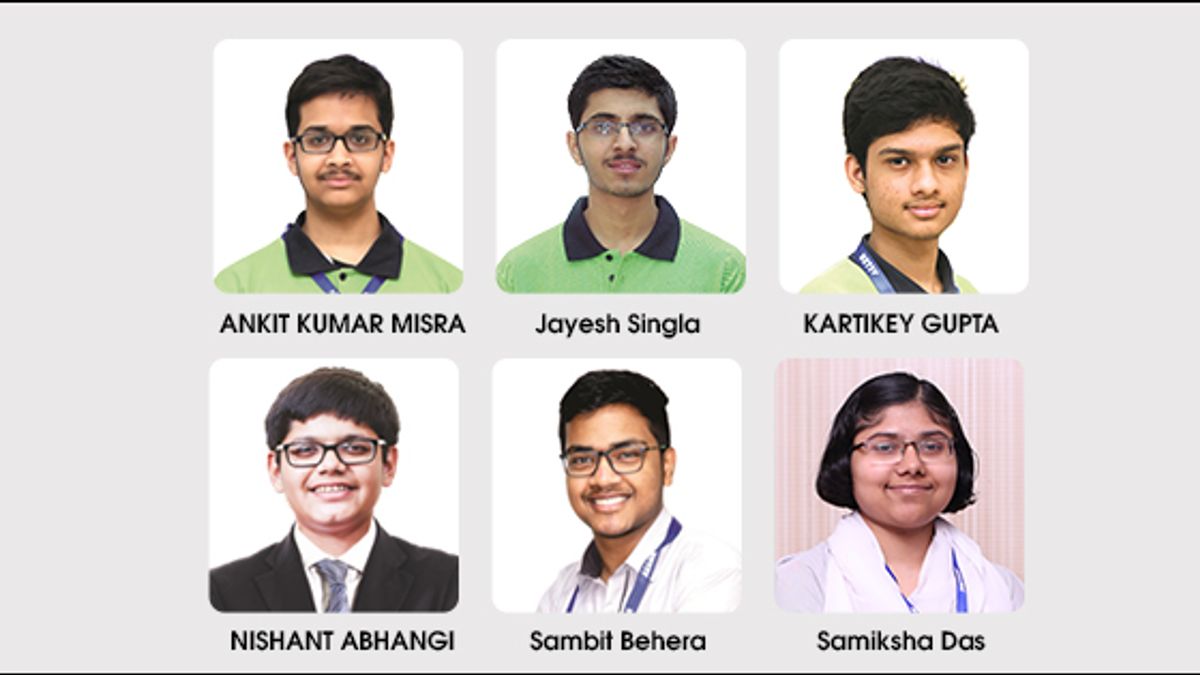 Once again students of ALLEN Career Institute outshine in JEE Main examination. The result of JEE Main 2019 has been released by National Testing Agency (NTA).

In both January and April Attempt 12, 37,892 students got registered

Sh. BrajeshMaheshwari further added that for around 26 thousand seats of 31 NIT, 23 IIIT, and 23 GFTI NTA conducted JEE Mainexamination in January and April month of which a common All India Rank result has been declared now. According to the press release released by NTA for January attempt 9,29,198 candidates and for April attempt 9,35,755 candidates registered from which 8,74,469 students in January and 8,81,096 students in April simultaneously appeared in the examination. 12,37,892 total Number of unique candidates registered in JEE (Main) Examinations in both January and April attempt from which 11,47,125 candidates appeared in JEE (Main) Examinations. Total 3,30,702 females, 8,16,420 Male and 3 Transgender students attempted for JEE Main Examination this year.

Cut off for JEE Advanced

Kevin Martin from Bangalore had the dream of going to IIT from the beginning. He is now seeing it as a truth. After the success of JEE Main, he have now started preparing for the Advanced. He says in addition to classrooms coaching, I have taken 6 to 7 hours of self-study daily. His Elder brother after doing engineering from IIT Madras is now doing his Masters from Switzerland. He always inspires me a lot. I always keep distance from mobile during my studies. I got full support from ALLEN teachers and always attempted all the test of ALLEN Career Institute regularly. This always showed me my weakness and helped me to work on that.

JayeshSinghla, a resident of Patiala in Punjab, told that the chemistry is his favorite subject. During the preparation of JEE Main, I kept my focus mainly on chemistry. Apart from ALLEN Regular Class, I use to give 5 to 6 hours daily to self-study. I consider the regular study to be a 'key of success'. I kept a schedule of daily studies in such a way that I could cover all the three subjects. For recreation I used to play football and table tennis. Allen has a very good atmosphere to study. The Master Test is a performance improvement key for the students. Jayesh has qualified RMO and has been selected for the second level of the National Olympiad of Chemistry, Physics, Astronomy and Informatics. Computer's Java language Expert jayesh wants to go IIT Mumbaiin the CS branch and after engineering  want to go for programming core. Father Ajay Kumar Singla and mother Monica Gupta are both doctors in the profession.

Gujarat's NishantAbhangi told that this success has been achieved through regular studies. ALLEN Career Institute gave a good studying environment for preparing JEE Main and he kept focus on what was taught in regular classroom coaching. NishantAbhangihave also received Presidential Award. In IJSO 2016 he got Gold Medal and KVPY (SA Stream) also got first position at the All India level. Nishant has also received scholarship for Cambridge Workshop by Cambridge and Stanford University for the best performance in Astro Physics Olympiad. Nishant's father Vinod Abhangi is a businessman and mother is a Homemaker.

Prepared for the Exam with Study Plan - SambitBehera

Sambit, a resident of Bhubaneswar (Orissa) secured AIR 11 in JEE Main 2019. From the last two and a half years, he has been studying in Kota and is currently a student of Class XII. He said that he has been preparing for JEE Main in a planned manner. Instead of picking up the topics randomly, he studied according to the schedule. Apart from this, he cleared the doubts in the class itself. After giving Weekly Test he used to hang out with friends. 30 minutes’ walk every day kept his mind fresh. He also used to play football.

Right now Sambit is concentrating on JEE Advance exam. His aim is to pursue engineering in CS Branch from IIT Mumbai. He has secured 10 CGPA in 10th Standard and is an NTSE scholar. He has qualified the first stage of Chemistry Olympiad and is now preparing for the second stage. His elder sister BarnaliPriyadarshini is pursuing engineering from NIT Rourkela. Father ChandramaniBehera is an employee in SBI and mother Narmada Behera is a homemaker.

Disclaimer: The information provided in this Notification is solely by ALLEN Career Institute, Jagranjosh.com bears no representations or warranties of any kind, express or implied, about the completeness, accuracy, reliability, suitability or availability with respect to the information. Individuals are therefore suggested to check the authenticity of the information.