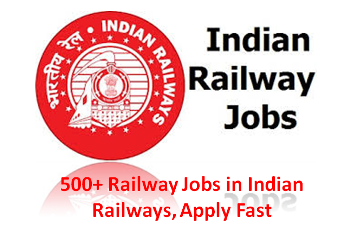 The applications for these Railway Jobs are invited recently in the month of November so candidates must not miss the chance and apply for the posts concerned. This is a great opening of vacancies for candidates willing to join Indian Railways in West Central Railway Jobs under areas like: Kota, Jabalpur and Bhopal regions. In total, 559 applications are invited for recruitment to the posts of:

Thus, all those candidates who aspire to be a part of Indian Railway Jobs and want to work for West Central Railway must apply to the desiring posts in the prescribed format along with necessary documents on or before the last date of application.