There will be 50 questions of general awareness in Canara Bank PO (PGDBF) exam 2018. Solve the below quiz and strengthen your preparation for the exam. 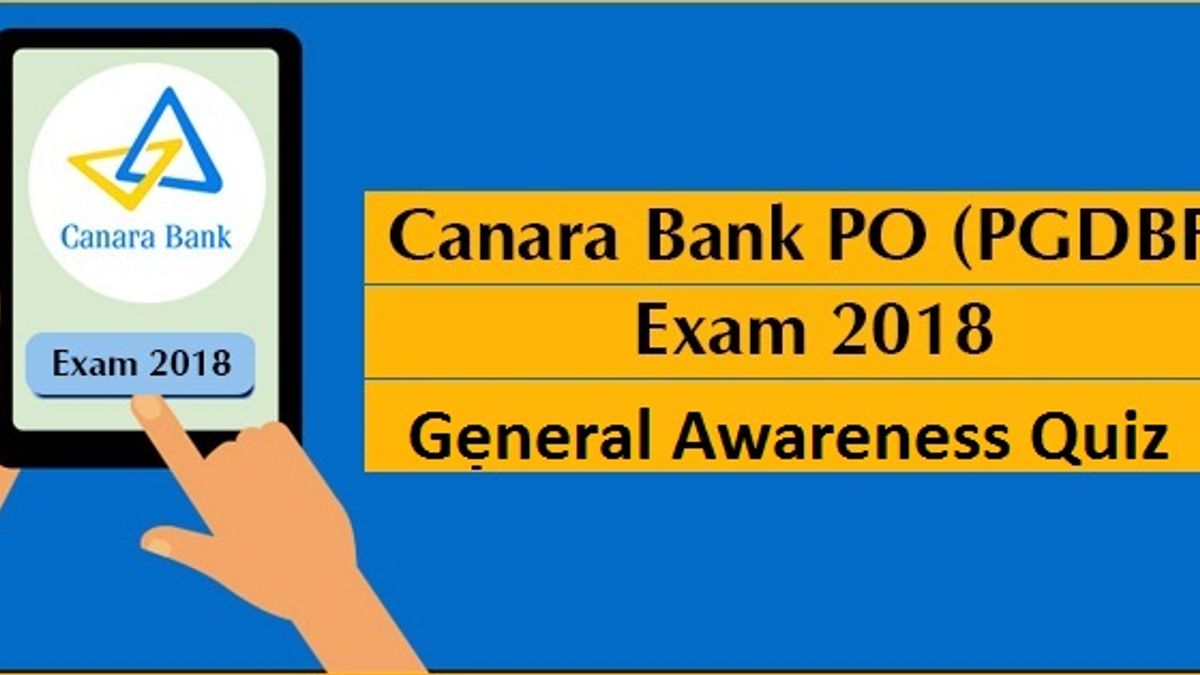 1.       The government of India recently announced that they will change the base year for the calculation of GDP and IIP numbers, while for retail inflation the year will be revised to 2018. What is proposed the new base year for GDP and IIP?

2. Which of the following banks has listed $600 million bond issued under its maiden $1 billion MTN programme, on Global Securities Market (GSM) of India INX?

3.   In view of the wide divergence between bad loans and provisions declared by banks and those assessed by the Reserve Bank of India as well as the rising incidence of frauds in the banking system, the banking regulator has decided to constitute an Expert Committee to look into the reasons for this divergence and the steps needed to prevent frauds. The five-member Committee will be headed by-

4.    The Union Cabinet recently gave its nod for the introduction in Parliament of a comprehensive Bill to deal with illicit deposit schemes. Which of the following statements is NOT true about thebill?

a)      The new Bill — The Banning of Unregulated Deposit Schemes Bill 2018 — provides for complete prohibition of unregulated deposit taking activity.

b)      It also provides for deterrent punishment for promoting or operating an unregulated deposit-taking scheme.

c)       There will also be stringent punishment for fraudulent default in repayment to depositors.

d)      The Bill will provide for designation of a competent authority by the State government to ensure repayment of deposits in the event of default by a deposit-taking establishment.

5.   Who among the following has been appointed as Managing Director and CEO of SBI Card, the country's second largest credit card issuer?

6.   Who among the following has been recently appointed as non-executive chairman of National Payments Corporation of India (NPCI)?

7.   In an effort to better assess health outcomes across India, the NITI Aayog recently launched the ‘Healthy States Progressive Report’. As per the report, among larger states which of followings states ranked on top in terms of overall performance?

a)      Kerala, Punjab and Andhra Pradesh

b)      Kerala, Punjab and Uttar Pradesh

8.    Which of the following has become the first-ever broking arm of a bank to take membership of a commodity itself with NCDEX?

10.   Who among the following has been named by the Time magazine as the person of the year 2017?

b)      Emily Steel and Michael Schmidt