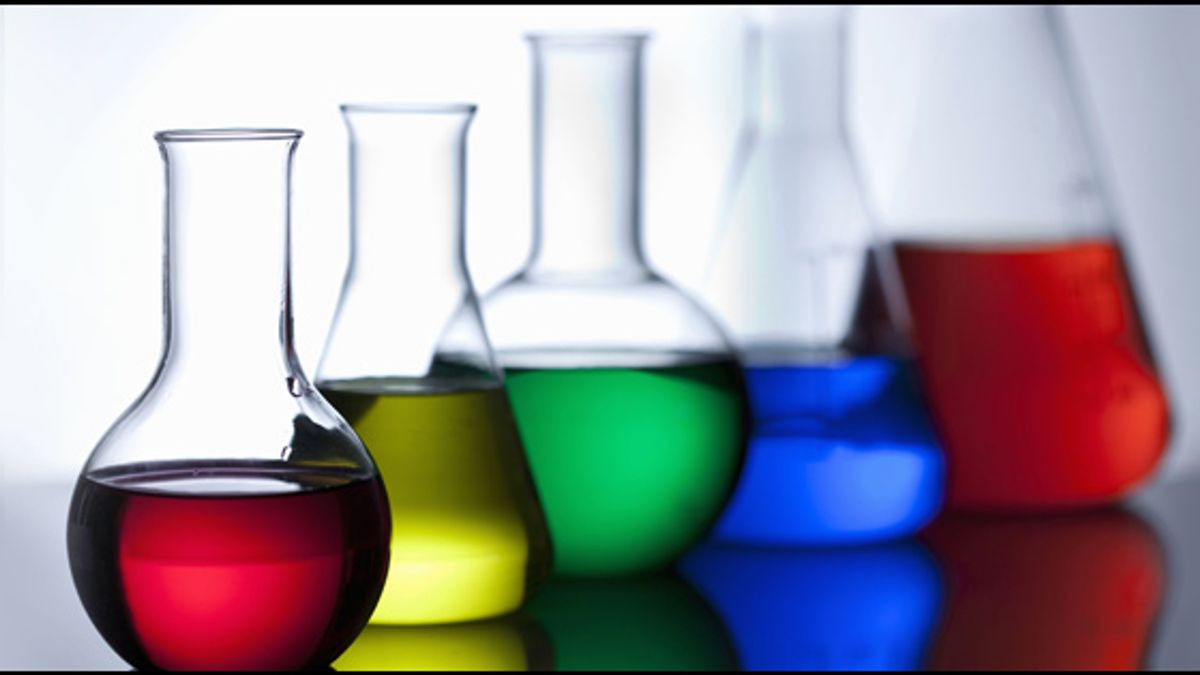 Get completely Solved CBSE Class 12th Chemistry 2017 board exam paper in PDF format. Download link is available at the end of this article. This paper was held on 25th March 2017.

With this solved paper, students can easily understand the level of questions which can be asked in coming CBSE Class 12th Chemistry board exam 2018.

If you want to learn about the latest Examination Pattern of CBSE Class 12 Chemistry board exam 2018 then please go through latest CBSE 12th Chemistry Sample Paper. This paper is recently released by CBSE.

Some randomly selected questions from solved paper of 12th Chemistry 2017 board exam are given below:

What is the effect of adding a catalyst on

(a) Activation energy (Ea), and

(a) Activation energy decreases as catalyst provide a new reaction path in which a lower activation is offered.

What type of colloid is formed when a liquid is dispersed in a solid? Give an example.

Write the name of the cell which is generally used in hearing aids. Write the reactions taking place at the anode and the cathode of this cell.

Using IUPAC norms write the formulae for the following :

(c) Low spin tetrahedral complexes are rarely observed because the orbital splitting energies are not sufficiently large for forcing pairing. Due to which electron always goes to higher states avoiding pairing.

Write one difference in each of the following:

(a) Multimolecular colloid and Associated colloid

Write the principle of the following:

(a) Zone Refining – It is based on the principal that the impurities are more soluble in molten state than in the solid state. It is used to obtain metal of high purity.

(c) Chromatography – It is based on the principle that different components of a mixture are differently adsorbed on an adsorbent. After which the adsorbed component are removed by using suitable solvents.

Give reasons for the following:

(a) Red phosphorus is less reactive than white phosphorus.

(b) Electron gain enthalpies of halogens are largely negative.

Red phosphorous being polymeric is less reactive than white phosphorous which has discrete tetrahedral structure. White phosphorus posses angle strain in the P4 molecule where the angle are only 60o.

Electron gain enthalpies of halogens are largely negative because they readily accept an electron to attain noble gas configuration.

After watching a programme on TV about the presence of carcinogens (cancer causing agents) Potassium bromate and Potassium iodate in bread and other bakery products, Rupali a Class XII student decided to make others aware about the adverse effects of these carcinogens in foods. She consulted the school principal and requested him to instruct the canteen contractor to stop selling sandwiches, pizzas, burgers and other bakery products to the students. The principal took an immediate action and instructed the canteen contractor to replace the bakery products with some protein and vitamin rich food like fruits, salads, sprouts, etc. The decision was welcomed by the parents and the students. After reading the above passage, answer the following questions:

(a) What are the values (at least two) displayed by Rupali ?

(b) Which polysaccharide component of carbohydrates is commonly present in bread?

(c) Write the two types of secondary structures of proteins.

(a) Rupali is concerned, caring and socially alert.

(b) The polysaccharide component of carbohydrates commonly present in bread is Starch.

(d) Vitamin B and Vitamin C.

(b) Write one similarity and one difference between the chemistry of lanthanoid and actinoid elements.

Group 12 elements (Zn, Cd, Hg) have Completely filled d-orbitals and there is absence of unpaired d electrons cause weak metallic bonding due to which they are soft.

Eº value for the Mn+3/Mn+2 is high because Mn2+ has d5 as a stable configuration whereas Cr3+ is more stable due to stable t32g.

• Both series elements are stable in +3 oxidation state.