CBSE Class 12 Physics: 2 Marks questions expected to be asked in 2018 board exam

Learn about important questions (each carrying 2 marks’) which are expected to be asked in CBSE Class 12 Physics board exam 2018. As per latest CBSE exam pattern, you will get five questions of 2 marks in the paper. 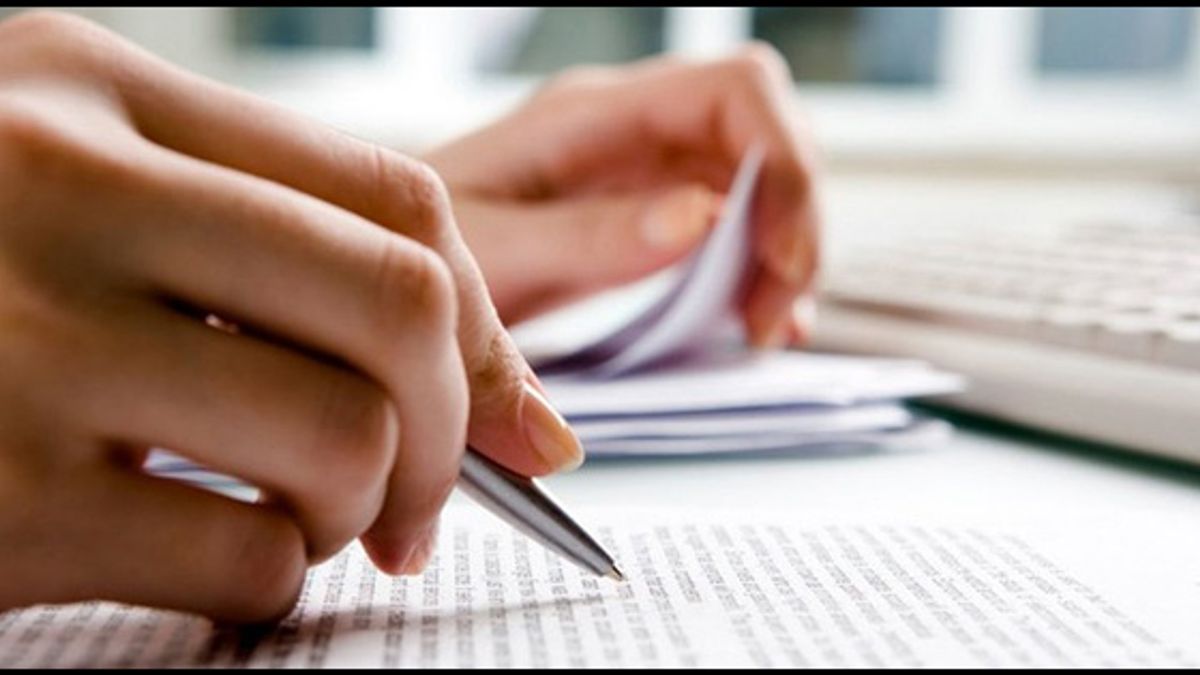 CBSE Class 12 Physics: 2 Marks questions expected to be asked in 2018 board exam

Important questions for CBSE Class 12 Physics board exam 2018 are available here. These are short answer types questions (each carrying 2 marks).

According to the latest CBSE Class 12 Physics examination pattern, students will get 5 short answer type questions in the section – B of the paper. Generally, these types of questions need to be answered in 1 line (until and unless the question is a numerical problem or a short derivation).

Generally, these questions are conceptual questions and just need the basic understanding of the concepts. But, sometimes memory based questions, easy numerical problems & short derivations can also be asked in such type of questions.

Students preparing for Class 12 Physics board exam 2018 are advised to prepare these questions well. They are also advised to take print out of this page and answer these question with pencil or pen. In this way, they can easily learn the answers.

Question: Derive the expression for the electric potential at any point along the axial line of an electric dipole?

Question: Prove that an ideal capacitor, in an a.c. circuit does not dissipate power.

Question: Obtain the expression for the potential energy of an electric dipole of dipole moment P placed in an electric field E.

Question: A cell of emf ‘E’ and internal resistance ‘r’ is connected across a variable resistor ‘R’. Plot a graph showing the variation of terminal potential ‘V’ with resistance R. Predict from the graph the condition under which ‘V’ becomes equal to ‘E‘.

Question: (i) Can two equipotential surfaces intersect each other? Give reasons.

Question: Draw 3 equipotential surfaces corresponding to a field that uniformly increases in magnitude but remains constant along Z-direction. How are these surfaces different from that of a constant electric field along Z-direction? 2

Question: A charge q is enclosed by a spherical surface of radius R. If the radius if reduced to half, how would the electric flux through the surface change..

Question: Derive an expression for the work done in rotating a dipole from the angle ϕ to ϕo in a uniform electric field E.

Question: (i) How are infrared waves produced? Write their one important use.

(ii) The thin Ozone layer on top of the stratosphere is crucial for human survival. Why?

Question: Derive the expression for the electric potential at any point along the axial line of an electric dipole?

(i) Write two characteristics of a material used for making permanent magnets.

(ii) Why is core of an electromagnet made of ferromagnetic materials?

Question: (i) How are eddy currents reduced in a metallic core?

Question: A wire of length L is bent round in the form of a coil having N turns of same radius. If a steady current I flows through it in a clockwise direction, find the magnitude and direction of the magnetic field produced at its centre.

Question: How does a charge q oscillating at certain frequency produce electromagnetic waves

Question: Using Ampere’s circuital law, derive an expression for the magnetic field along the axis of a toroidal solenoid.

Question: Define the term: magnetic dipole moment of a current loop. Write the expression for the magnetic moment when an electron revolves at a speed ‘v’, around an orbit of radius ‘r’ in hydrogen atom.

Question: Obtain the expression for the mutual inductance of a pair of coaxial circular coils of radii r and

Question: Derive an expression for the impedance of an a.c. circuit consisting of an inductor and a resistor.

Question: Deduce the expression for the magnetic dipole moment of an electron orbiting around the central nucleus.

Question: (i) Write two characteristics of a material used for making permanent magnets.

(ii) Why is core of an electromagnet made of ferromagnetic materials?

Question: Draw a sketch of a plane electromagnetic wave propagating along the z-direction. Depict clearly the directions of electric and magnetic fields varying sinusoidally with z.

Question: The oscillating magnetic field in a plane electromagnetic wave is given by

(i) Calculate the wavelength of the electromagnetic wave.

(ii) Write down the expression for the oscillating electric field.

Question: Draw a ray diagram of a compound microscope. Write the expression for its magnifying power.

Question: How will the angular separation and visibility of fringes in Young’s double slit experiment change when (i) screen is moved away from the plane of the slits, and (ii) width of the source slit is increased?

Question: What is meant by the transverse nature of electromagnetic waves? Draw a diagram showing the propagation of an electromagnetic wave along the x-direction, indicating clearly the directions of the oscillating electric and magnetic fields associated with it.

Question: State the law of radioactive decay. If N0 is the number of radioactive nuclei in the sample at some initial time, t0, find out the relation to determine the number N present at a subsequent time. Draw a plot of N as a function of time.

Question: Derive an expression for drift velocity of free electrons in a conductor in terms of relaxation time.

Question: Sketch a schematic diagram depicting electric and magnetic fields for an electromagnetic wave propagating along the Z-direction.

Question: When does the intensity of transmitted light become maximum, when a polaroid sheet is rotated between two crossed polaroids?

Question: A wire of 15 W resistance is gradually stretched to double its original length. It is then cut into two equal parts. These parts are then connected in parallel across a 3 × 0 volt battery. Find the current drawn from the battery.

Question: Write two factors justifying the need of modulation for transmission of a signal.

Question: Name the electromagnetic radiations having the wavelength range from 1 mm to 700 nm.

Give its two important applications.

Question: Derive an expression for the de-Broglie wavelength associated with an electron accelerated through a potential V. Draw a schematic diagram of a localised-wave describing the wave nature of the moving electron.

Draw the circuit diagram of an illuminated photodiode in reverse bias. How is photodiode used to measure light intensity?

Question: (a) The bluish colour predominates in clear sky.

(b) Violet colour is seen at the bottom of the spectrum when white light is dispersed by a prism. State reason to explain these observations.

Question: (i) Why does the Sun appear reddish at sunset or sunrise?

Question: A biconvex lens has a focal length 2/3 times the radius of curvature of either surface. Calculate the refractive index of lens material.

Question: Find the radius of curvature of the convex surface of a plano-convex lens, whose focal length is 0.3 m and the refractive index of the material of the lens is 1.5.

Question: (i) Out of blue and red light which is deviated more by a prism? Give reason.

The radii of curvature of the faces of a double convex lens are 10 cm and 15 cm. If focal length of the lens is 12 cm, find the refractive index of the material of the lens.

Question: (i) State the principle on which the working of an optical fiber is based.

(ii) What are the necessary conditions for this phenomenon to occur?

A ray of light passes through a triangular prism. Plot a graph showing the variation of the angle of deviation with the angle of incidence.

Question: A ray of light passing through an equilateral triangular glass prism from air undergoes minimum deviation when angle of incidence is 3/4th of the angle of prism. Calculate the speed of light in the prism.

Question: Draw a ray diagram of a reflecting type telescope. State two advantages of this telescope over a refracting telescope.

An electron is accelerated through a potential difference of 100 volts. What is the de-Broglie wavelength associated with it? To which part of the electromagnetic spectrum does this value of wavelength correspond?

Question: (a) The mass of a nucleus in its ground state is always less than the total mass of its constituents – neutrons and protons. Explain.

(b) Plot a graph showing the variation of potential energy of a pair of nucleons as a function of their separation.

Question: Draw the circuit diagram of an illuminated photodiode in reverse bias. How is photodiode used to measure light intensity?

Question: An electron is accelerated through a potential difference of 64 volts. What is the de-Broglie wavelength associated with it? To which part of the electromagnetic spectrum does this value of wavelength correspond?

Question: Calculate the shortest wavelength of the spectral lines emitted in Balmer series.

Question: Calculate the de-Broglie wavelength of the electron orbiting in the n = 2 state of hydrogen atom.

Question: Define modulation index. Why is it kept low?

Question: State the concept of mobile telephony and explain its working.

Question: Explain the function of a repeater in a communication system.

Question: By what percentage will the transmission range of a T.V. tower be affected when the height of the tower is increased by 21 %?

Question: Write the function of (i) Transducer and (ii) Repeater in the context of communication system.

Question: (i) What is the line of sight communication?

(ii) Why is it not possible to use sky wave propagation for transmission of TV signals?

Question: What is the range of frequencies used for T.V. transmission? What is common between these waves and light waves?

Question: What is the range of frequencies used in satellite communication? What is common between these waves and light waves?

Question: If the output of a 2 input NOR gate is fed as both inputs A and B to another NOR gate, write down a truth table to find the final output, for all combinations of A, B.