Get important revision notes on Chapter-5: Magnetism and Matter. These notes are based on NCERT class 12 Physics textbook and latest CBSE syllabus.

Moving Charges and Magnetism is one of the important chapters of CBSE class 12 Physics. So, students must prepare this chapter thoroughly.

The notes provided here will be very helpful for the students who are going to appear in CBSE class 12 Physics board exam 2017. The notes of this chapter are available in several parts. This is part I of the chapter.

The topics covered in this part are given below:

• Properties of a Magnet

• Bar Magnet as an Equivalent Solenoid

• Magnetic field at a point due to a Bar Magnet

• Torque on a Magnetic dipole in a uniform magnetic field

• Potential Energy of a Magnetic Dipole in a Uniform Magnetic Field

The complete notes are given below:

The word magnet is derived from the name of an island in Greece called magnesia where magnetic ore deposits were found, as early as 600 BC. Shepherds on this island complained that their wooden shoes (which had nails) at times stayed struck to the ground. This was the first phenomenon which led to the discovery of magnetism.

Properties of a Magnet

•   There is a repulsive force when north poles (or south poles) of two magnets are brought close together. Conversely, there is an attractive force between the north pole of one magnet and the south pole of the other.

•   We cannot isolate the north, or south pole of a magnet. If a bar magnet is broken into two halves, we get two similar bar magnets with somewhat weaker properties. Unlike electric charges, isolated magnetic north and south poles known as magnetic monopoles do not exist.

Note: Few textbooks refer magnetic field lines as magnetic lines of force. This nomenclature must be avoided as it can be confusing. Unlike electrostatics the field lines in magnetism do not indicate the direction of the force on a (moving) charge.

The magnetic field lines of a magnet (or a solenoid) form continuous closed loops.

The tangent to the field line at a given point represents the direction of the net magnetic field B at that point.

The larger the number of field lines crossing per unit area, the stronger is the magnitude of the magnetic field B. 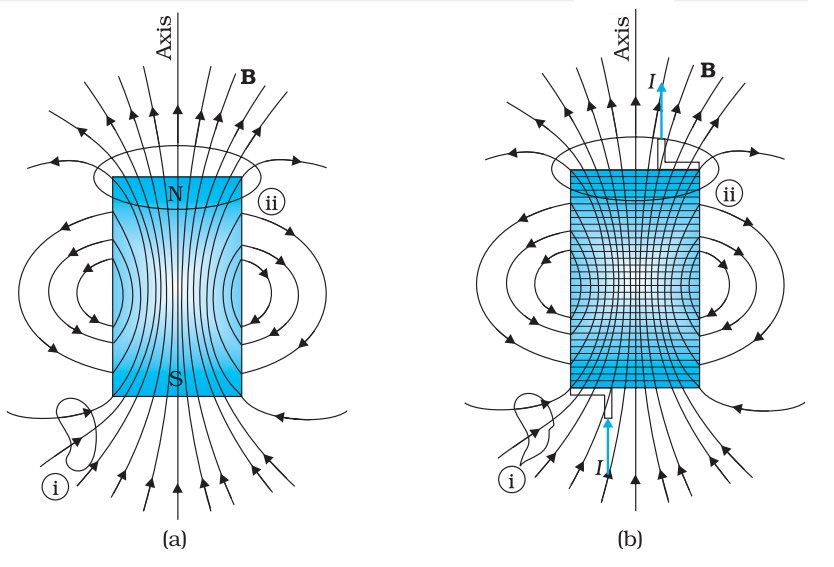 The larger the number of field lines crossing per unit area, the stronger is the magnitude of the magnetic field B. In figure (a), B is larger around region (ii) than in region (i).

Bar Magnet as an Equivalent Solenoid

The resemblance of magnetic field lines for a bar magnet and a solenoid suggest that a bar magnet may be thought of as a large number of circulating currents in analogy with a solenoid.

One can test this analogy by moving a small compass needle in the neighbourhood of a bar magnet and a current-carrying finite solenoid and noting that the deflections of the needle are similar in both cases.

Cutting a bar magnet in half is like cutting a solenoid. We get two smaller solenoids with weaker magnetic properties.

The field lines remain continuous, emerging from one face of the solenoid and entering into the other face.

Two unlike poles of equal strength separated by a small distance make a magnetic dipole.

A bar magnet has two magnetic dipoles known as north pole & south pole. The separation between the poles is also known as magnetic length.

Let pole strength of each pole of a magnet be m and its magnetic length is l, then, magnetic dipole moment of a magnet is given by, M = ml

The SI unit of magnetic dipole moment is ampere-meter2.

Tips and Strategies for CBSE Exams

Magnetic field at a point due to a Bar Magnet

Magnetic field on Axial line or End-on of a short bar magnet:

Magnitude of a magnetic field line of a short bar magnet is given by, 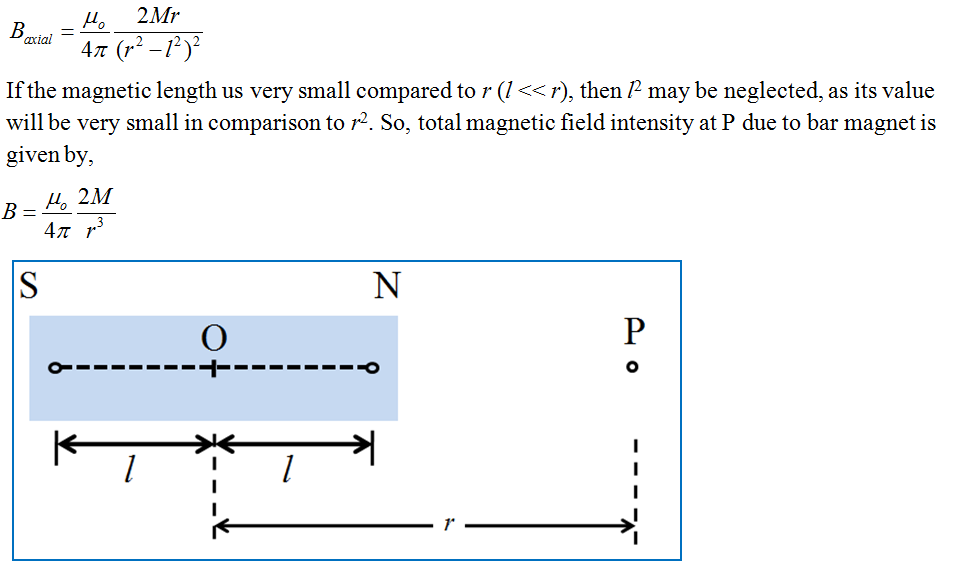 Magnetic field on Equatorial line or Broadside-on of a short bar magnet: 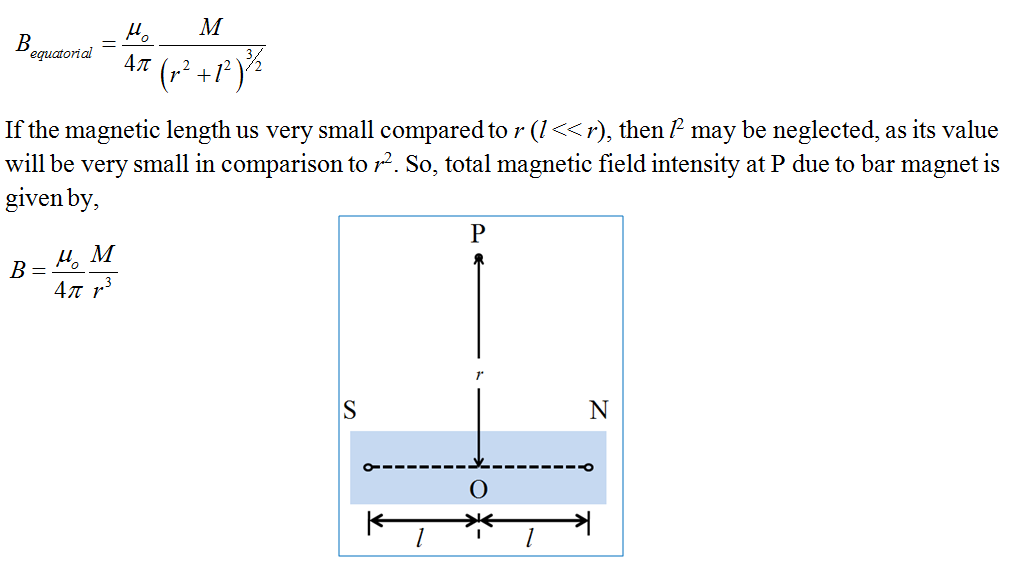 Torque on a Magnetic Dipole in a Uniform Magnetic Field

A magnetic dipole (or a bar magnet) having dipole moment M when placed in a uniform magnetic field B, experiences a torque,

Potential Energy of a Magnetic Dipole in a Uniform Magnetic Field

The magnetic potential energy is given by, 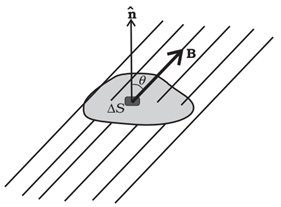 Consider a small vector area element ∆S of a closed surface S as in figure given above.

The number of magnetic field lines leaving the surface is balanced by the number of lines entering it. The net magnetic flux is zero.