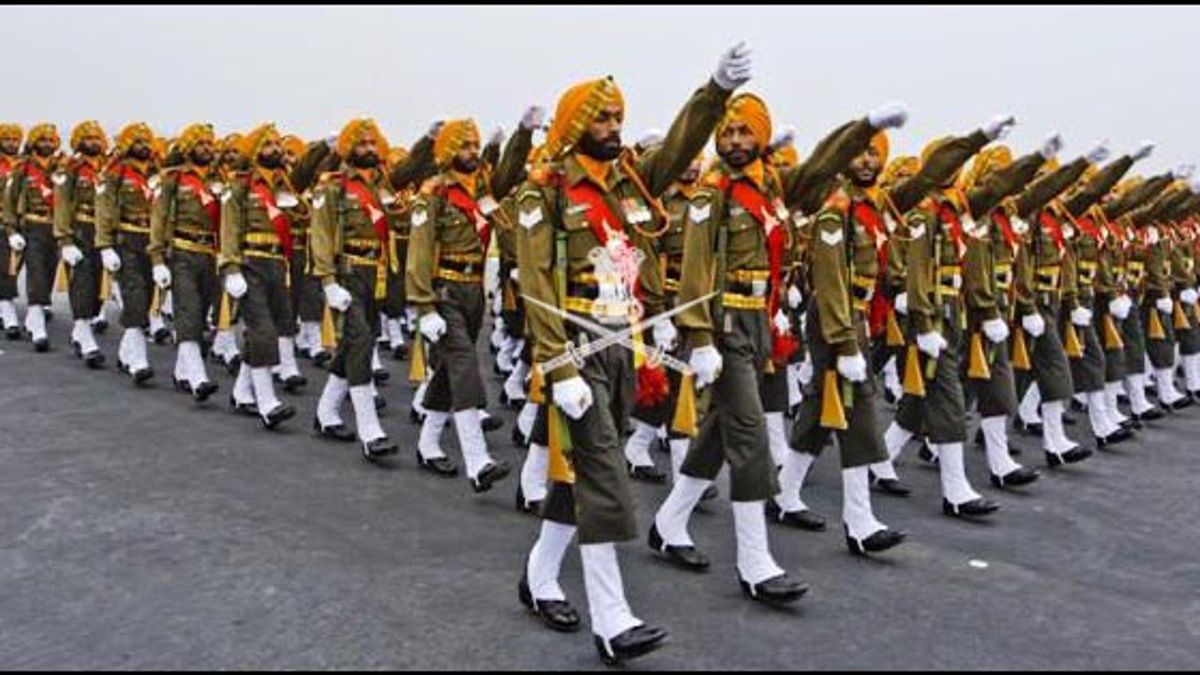 For the benefit of CDS (II) Exam 2017 aspirants Jagran Josh is providing practice questions on Defence. Though the topic is not explicitly mentioned in the syllabus, every year 4-5 questions are expected from this topic. The questions are given below.

1. It is with this country India jointly conducted the INDRA 2017 tri-service military exercise?

a) Japan
b) The USA
c) Australia
d) Russia

Exercise INDRA 2017, the first ever tri services joint exercise between Indian and Russian Armed Forces, was organised between 19 October and 29 October 2017 in the Eastern Military District of Russia. Previously, Exercise INDRA has been conducted as a single service exercise alternately between the two countries. This year, the exercise has been upgraded to involve all the three Services of the Armed Forces- Army, Navy & Air Force.

2. Consider the following statements related to the Agni-V missile?

Answer. (c) Both 1 and 2
India successfully conducted the fourth and final experimental test of its indigenously developed Inter Continental Ballistic Missile, ICBM, Agni-V from Wheeler Island off Odisha coast on yesterday, the 26th December 2016.The nuclear-capable missile with its strike range of over 5,000-km was test-fired from its canister on a launcher truck.
Designed and developed by the Defence Research and Development Organisation, DRDO, the three stage solid propellant missile will now go for user trials before its induction into the tri-service Strategic Forces Command, SFC which manages India's nuclear arsenal.  The 17.5 meter long, 50 ton missile can carry a nuclear warhead of more than one ton. It can be transported and swiftly launched from anywhere.
The surface to surface Agni V missile is the most advanced among the Agni series, having new technologies incorporated with it in terms of navigation and guidance, warhead and engine. The Circular Error Probable, CEP on board makes it one of the most accurate strategic ballistic missile of its range class in the world. This is important because a highly accurate ballistic missile increases the "kill efficiency" of the weapon. It will allow Indian weapons designers to use smaller yield nuclear warheads while increasing the lethality of the strike. In other words, Indian defence forces will be able to deploy a much larger nuclear force using less fissile material than other nuclear powers.
Source: Press Information Bureau

1) It is the Indian Navy’s second ocean going sail boat.
2) It is slated to be the platform for  First Indian All Women Circumnavigation of the Globe expedition of the Indian Navy.
Which of the above statements is/are true?
a) 1 only
b) 2 only
c) Both 1 and 2
d) None of them

Answer. (c) Both 1 and 2
The Indian Navy’s second ocean going sailboat Tarini was inducted on 18 February 2017 at a ceremony held at the INS Mandovi Boat Pool. INSV Tarini is a sloop built by M/s Aquarius Shipyard Pvt Ltd at Divar, Goa. Tarini is slated to be the platform for First Indian All Women Circumnavigation of the Globe expedition of the Indian Navy.
Key highlights of INSV Tarini
• The boat draws her origin from the famous Tara-Tarini temple of Orissa’s Ganjam district. The word Tarini means a Boat and is also a Sanskrit word for Saviour.
• The boat is built to a stock design by Van de Stadt, Netherlands called Tonga 56.
• The hull is made of wooden core fiberglass sandwich construction for a better performance.
• It carries a suite of six sails including a Main sail, Head sails, Downwind sails and Storm sail.
• Its mast is 25 meters tall and is custom built by M/s Southern Spars, Cape Town, for sailing in extreme conditions.
• It has a Raymarine navigation suite and an array of latest satellite communication systems. With the system’s help, the boat can be contacted anywhere in the world.
• Its trials were successfully completed on 30 January 2017.
• It is almost identical to its predecessor, the Mhadei, which has sailed over 115000 nautical miles in the past eight years.
• The boat is skippered by Lieutenant Commander Vartika Joshi.

4. The Counter Insurgency and Jungle Warfare is located in

Answer. (a) Mizoram
The Counter Insurgency and Jungle Warfare (CIJW) School is located at Vairengte, the 'Gateway to Mizoram'. It is today considered  as one of world's most prestigious anti-terrorist institution with trainees from several countries receiving counter insurgency and counter terrorist training. The School is perched on the hills of Mizoram approximately five kilometers all along the National Highway 54 hugging a tribal hamlet, wedged on the border between Mizoram and the state of Assam.  Of late the school has been attracting trainees from all around the world because of the natural training areas and the quality training being provided by an expert training faculty.
The motto of this institute is to 'Fight The Guerilla Like A Guerilla'.  The idea to set up the Jungle Warfare School was conceived by former Indian Army Field Marshal SHFJ Manekshaw sometime in 1967, when the Indian soldiers suffered heavy casualties at the hands of northeastern rebels who were adept at hit-and-run guerilla strikes.  The Army then was only trained in conventional warfare and this type of unconventional warfare by northeast rebels was unique in its kind.  Therefore, a need was felt to establish an institution, which could train the Indian soldiers in this unconventional warfare. Accordingly, in 1967, Lt Col (later Lt Gen) Mathew Thomas, established an adhoc Jungle Training School at Mynkre near Jowai (Shillong). The school was shifted to its present location, Vairengte and was redesignated as CIJW School on 01 May 1970.

Answer. (c) Missile Technology Control Regime
India on 27 June 2016 became the 35th full member of the Missile Technology Control Regime (MTCR). This entry would be mutually beneficial to enhance global non-proliferation norms. Set up in 1987 by G-7 countries, the aim of the MTCR is to restrict the proliferation of missiles, complete rocket systems, unmanned air vehicles and related technology for those systems capable of carrying a 500 kilogram payload for at least 300 kilometres, as well as systems intended for the delivery of weapons of mass destruction.

6. The Indian Air Force Day is celebrated on

Answer. (c) 8 October
The Indian Air Force Day is celebrated on 8 October because it was established on the same day in 1932 by the British as an auxiliary air force of the Royal Air Force. The enactment of the Indian Air Force Act 1932 stipulated out their auxiliary status and enforced the adoption of the Royal Air Force uniforms, badges, brevets and insignia. On 1 April 1933, the IAF commissioned its first squadron, No.1 Squadron, with four Westland Wapiti biplanes and five Indian pilots. The Indian pilots were led by British RAF Commanding officer Flight Lieutenant (later Air Vice Marshal) Cecil Bouchier.

Answer. (a) Hyderabad
India’s first private sector missile sub-systems manufacturing facility, Kalyani Rafael Advanced Systems (KRAS) plant was inaugurated at the Hardware Park in Rangareddy district near Hyderabad on 3 August 2017.
The facility, which is a joint venture between India’s Kalyani Group and Israel’s Rafael Advanced Defence Systems Ltd, has been established in line with the Union government’s ‘Make in India’ initiative and the policy to encourage private sector participation in defence production.

8. Recently, Aeronautical Test Range of the DRDO was inaugurated in

Answer. (a) Chitradurga
Union Defence Minister Arun Jaitley on 28 May 2017 inaugurated the newly built Aeronautical Test Range (ATR) of the Defence Research & Development Organisation (DRDO) at Chitradurga in Karnataka. ATR will help in creating conditions for research which will in turn develop efficient human resource in the country in the field of aeronautical testing. It will also contribute to the development of the region in which Chitradurga is located.

9. Recently, it is on this expressway, the IAF landed a Mirage 2000 fighter aircraft as part of emergency operations trial.

Several fighter jets and transport aircrafts of the Indian Air Force (IAF) landed on the Lucknow-Agra on Tuesday as part of a special drill to test operational capabilities in case of emergencies.
AN-32 transport, Mirage 2000 and Sukhoi 30 MKI are part of the exercise to use the highway as a landing strip. The exercise, second of its kind and first at this scale, was carried out on the stretch of the expressway near Bangarmau in Unnao district of Uttar Pradesh. The first and the previous exercise was on the Yamuna Expressway in Uttar Pradesh.

10. It is with this country India jointly co-developed the Barak-8 missile.

Answer. (a) Israel
The Barak-8 missile, as it is called, was co-developed by the Defence Research Development Laboratory (DRDL) of DRDO in partnership with the Israel Aerospace Industries (IAI). Apart from the missile, the system includes a Multi Functional Surveillance and Threat Alert Radar (MF STAR) for detection, tracking and guidance of the missile.
The missile, along with MF—STAR, will provide the users with the capability to neutralise any aerial threats. These missiles will be produced at the Bharat Dynamics Limited (BDL) in Hyderabad. Along with the long range surface-to-air missile (LR-SAM), it would be inducted in all the three Services once the user’s trials are completed. The LR-SAM was successfully test-fired in Israel and India in November and December 2015 respectively.