Call letters have been released for IBPS PO supplementary main exam. Candidates can download the same from the official website of IBPS at ibps.in. 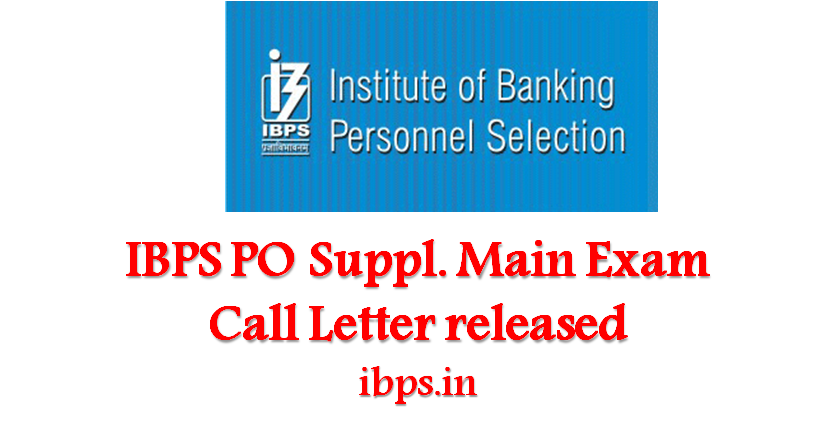 Call letters have been released for IBPS PO supplementary main exam. Candidates can download the same from the official website of IBPS at ibps.in.

Institute of Banking Personnel Selection (IBPS) will conduct supplementary main examination as a part of the recruitment process for IBPS PO/MT 2016. Candidates can download the call letter till 25 November.

Candidates should take care of certain important things regarding the download process.

In case the server is slow, retry after a gap of 5 minutes or during off-peak hours during the night

In case of forgotten registration details, candidates can retrieve it from auto generated email acknowledgement, at the email address registered

Candidates should take extra caution while writing the Date of Birth; date of Birth should be entered in DD-MM-YY format

Candidates should note that login credential can be entered in English and Hindi as well.

About IBPS PO/MT Exam 2016: Institute of Banking Personnel Selection (IBPS) is an autonomous agency in India, which started its operation in 1975 as Personnel Selection Services (PSS). In 1984, IBPS became an  independent entity at the behest of Reserve Bank of India (RBI) and Public Sector Banks. IBPS conducts examinations for recruitment to the post of PO, Clerk and SO posts. the examination is held every year and witnesses an overwhelming response from bank job aspirants. The IBPS CWE-PO/MT-VI exam was held on 16 October 2016, 22 October 2016 and 23 October 2016 in which lakhs of students appeared for the examination.