Sanskriti Group conducts extra-curricular activities throughout the year as a matter of routine and activities like music program, fashion show, interaction with young artists of bollywood film etc. are conducted as per schedule. 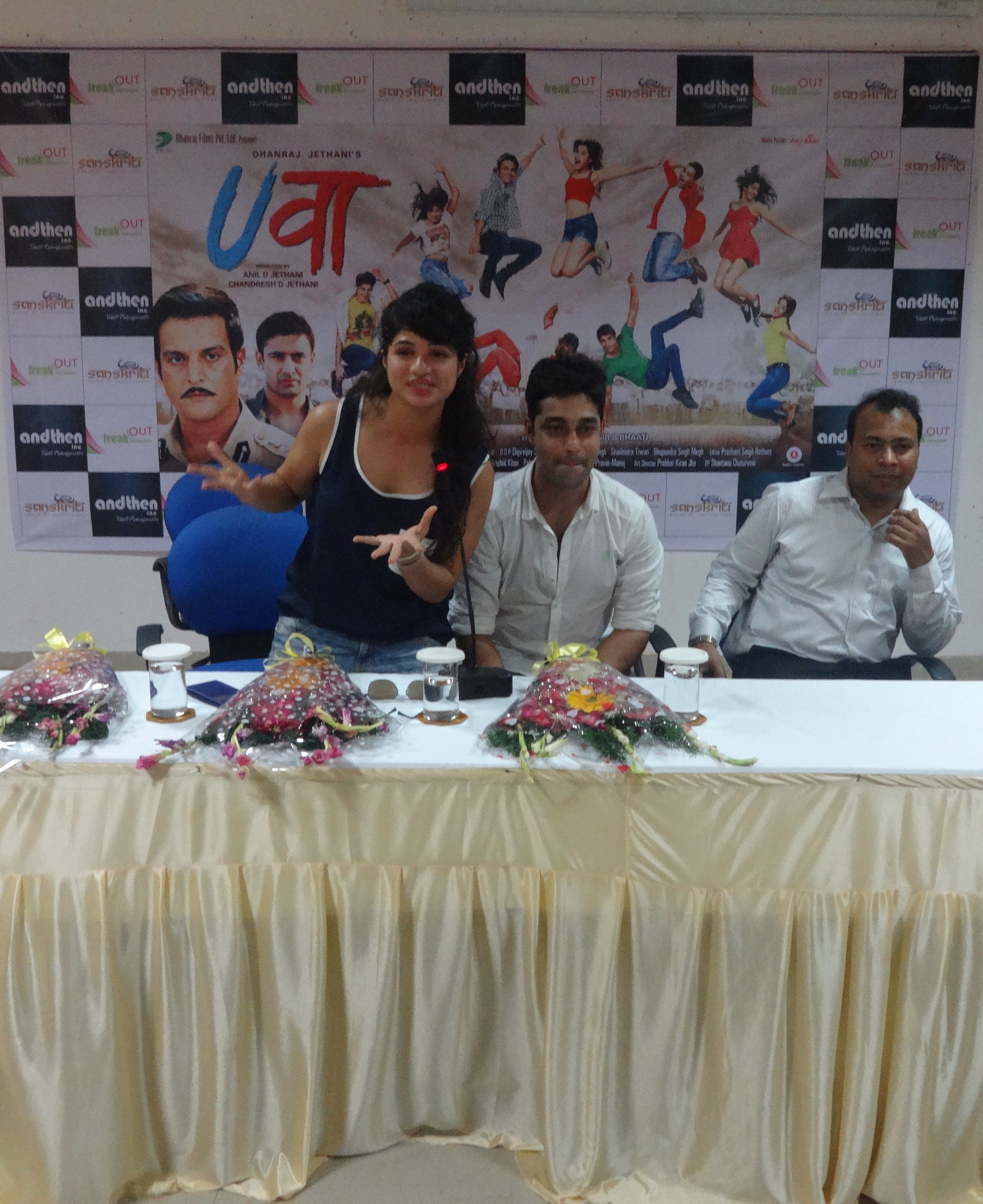 Sanskriti Group conducts extra-curricular activities throughout the year as a matter of routine and activities like music program, fashion show, interaction with young artists of bollywood film etc. are conducted as per schedule. Such programs provide exposure to the students about cultural programs. Such program cast a lasting impression in the minds of students & reminiscences of such program of different variants who look back upon their college days with nostalgia.

In the latest program, the stars of the film UVAA were invited by Sanskriti Group on 22nd June, 2015 to perform in its campus and brief the audience about the film which is scheduled to be released on 26/06/2015. The stars of the film are Jimmy Sher Gil, Om Puri, Poonam Pandey & Sanjay Mishra at were present. They entertained the audience with their excellent performance.

Director of the movie, Mr. J.S. Bhatti, briefed the packed audience comprising faculty members, staff and students of Sanskriti Group about the story (?) of the film. The theme appeared to be well accepted by the audience and they expressed the desire to see the movie immediately after its release. The artists also performed on stage: - dancing & singing-which was appreciated by the audience with huge rounds of applause.

Mr. Sachin Gupta, Chairman, Sanskriti Group of Institutions, thanked the film stars for sparing their valuable time & encouraging the students of the Group. He and Mr. Rajesh Gupta, Vice Chairman, Sanskriti Group of Institutions, presented mementos to the stars as a token of remembrance.
Prof. P.C. Chhabra, Executive Director, also thanked the stars & wished the film a grand success.

Disclaimer: The information provided in this Notification is solely by Sanskriti Group., Jagranjosh.com bears no representations or warranties of any kind, express or implied, about the completeness, accuracy, reliability, suitability or availability with respect to the information. Individuals are therefore suggested to check the authenticity of the information.