Current affairs make up most of the IAS prelims question and paper and it should be read daily. Here, we provide Current Affair quiz based on the latest happenings of August 2017 for IAS Prelims 2018. 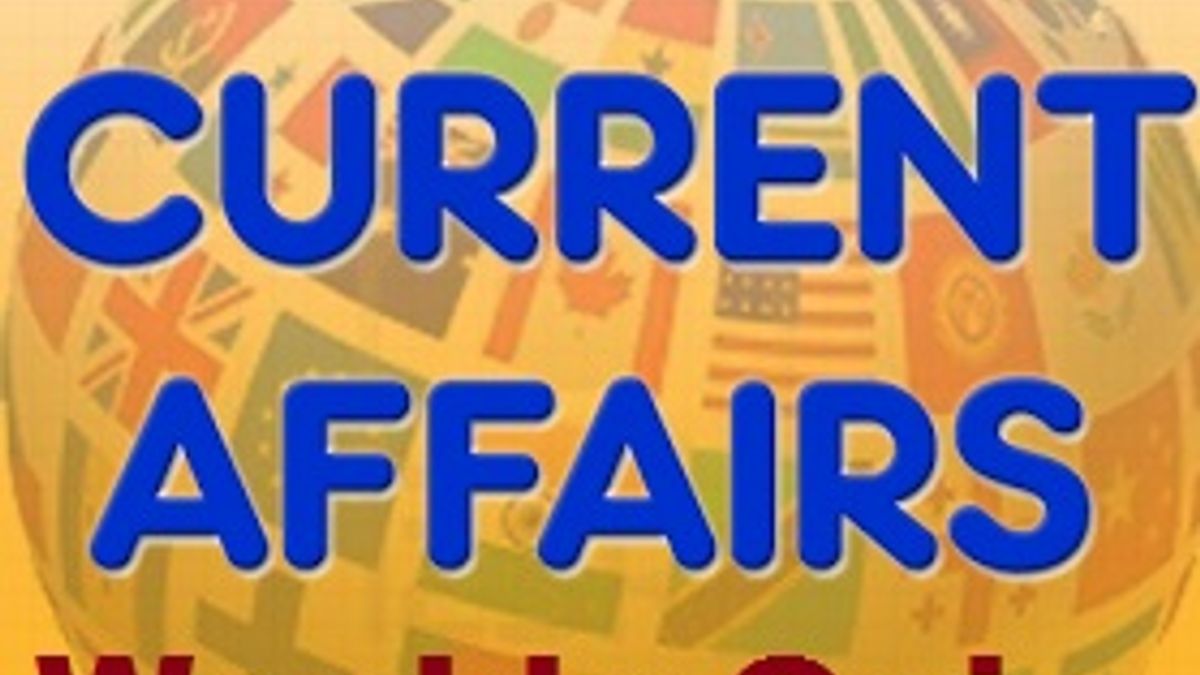 1. Recently, researchers from Rice University in Texas have discovered a new tectonic plate in?

A team of researchers from Rice University in Texas have discovered a new tectonic plate off the coast of Ecuador. Now there are 57. Scientists discovered the microplate and dubbed it as “Malpelo" and are analyzing the movements of what they believed to be the convergence of a trio of plates.

The edges of the Pacific lithospheric plate roughly from the Ring of Fire, a region of volcanic activity. Filling in the gaps between larger plates are smaller plates. Just west of the Galapagos Islands, the Pacific plate is met by Cocos and Nazca.

The intersect plates don't collide head on. Nor do they slip over and under one another, such as the case at a subduction zone. The plates rotate around each other, like a series of gears. By measuring the rates of seafloor spreading and the angles at which the plates slip by each other, researchers can estimate the speeds at which plates spin.

2. Recently, the Government has approved a MoU between India and Sweden on IPRs. Consider the following statements regarding this:

1. The MoU will enable India to exchange experiences in the innovation and IP ecosystems.
2. The exchange of best practices between the two countries will lead to improved protection and awareness about India's range of Intellectual creations.

Which of the following statements is true?

The Union Cabinet has given its approval to the Memorandum of Understanding (MoU) between India and Sweden on cooperation in the field of Intellectual Property (IPRs). The MoU establishes a wide ranging and flexible mechanism through which both countries can exchange best practices and work together on training programs and technical exchanges to raise awareness on IPRs and better protect intellectual property rights.

The MoU will enable India to exchange experiences in the innovation and IP ecosystems that will substantially benefit entrepreneurs, investors and businesses on both sides. The exchange of best practices between the two countries will lead to improved protection and awareness about India's range of Intellectual creations which are as diverse as its people. It will be a landmark step forward in India's journey towards becoming a major player in global Innovation and will further the objectives of National IPR Policy, 2016.

The Union Cabinet has given its approval to complete the North Koel Reservoir Project in Jharkhand and Bihar during three financial years from the start of the project. The Cabinet also approved storage of water in dam restricted at a lower level than envisaged earlier to reduce the submergence and to protect Betla National Park and Palamau Tiger Reserve.

The project is situated on North Koel River which is a tributary of Sone River finally joining the river Ganga. The North Koel Reservoir is located in the most backward tribal areas in Palamau and Garhwa districts of Jharkhand State. The construction was originally started in the year 1972 and continued till 1993 when it was stopped by the Forest Department, Govt. of Bihar.

Since then, the work on the dam is at a standstill. The project aims to provide irrigation to 111,521 hectares of land annually in the most backward and drought prone areas of Palamu & Garhwa districts in Jharkhand and Aurangabad & Gaya districts in Bihar. The irrigation potential through this Project in the two States would be as follows:

In the Global Liveability Ranking 2017, which scores lifestyle challenges in 140 cities worldwide, global liveability has improved for the first time in a decade. Some cities have seen notable declines, however, due to the continued threat of global terrorism. The Economist Intelligence Unit helps business leaders prepare for opportunity, empowering them to act with confidence when making strategic decisions.

For the seventh consecutive year, Melbourne in Australia is the most livable urban centre of the 140 cities surveyed, closely followed by the Austrian capital, Vienna. In fact, only 0.1 percentage points separate the top two cities, and just 0.2 and 0.3 percentage points separate Canada’s Vancouver and Toronto (ranked 3rd and 4th, respectively), from Melbourne. Another Canadian city, Calgary, shares the joint fifth place with Adelaide in Australia.

Although the top five cities remain unchanged, the past few years have seen increasing instability across the world, causing volatility in the scores of many cities. In Europe, cities have been affected by the spreading perceived threat of terrorism in the region. At the same time, this year cities such as Reykjavik, the capital of Iceland, and the Dutch capital, Amsterdam, have benefited from an increasing cultural availability and falling crime rates, enabling them to register improvements in living conditions.

5. Recently, the Union Cabinet has approved the closure of Andaman & Nicobar Islands Forest and Plantation Development Corporation Limited (ANIFPDCL). Consider the following statements regarding the ANIFPDCL:

1) The ANIFPDCL, a Government of India Public Sector Undertaking was set up in 1977, with the objective of developing and managing forestry plantations in the Islands.
2) The ANIFPDCL has been operating three main projects viz., Forestry Project, Red Oil Palm Project (ROP) and Katchal Rubber Project (KRP).
3) The closure will increase the loans to ANIFPDCL from Government.

The ANIFPDCL, a Government of India Public Sector Undertaking was set up in 1977, with the objective of developing and managing forestry plantations in the Islands. The ANIFPDCL has been operating three main projects viz., Forestry Project, Red Oil Palm Project (ROP) and Katchal Rubber Project (KRP). The forestry operations were the main activities of the Corporation and contributed around 75% of the total revenue.

Due to the suspension of the forestry activities in view of the order dated 10.10,2001 and 07.05.2002 of Supreme Court, the ANIFPDCL has become an overall loss making venture since 2001 onwards. As a result, the ANIFPDCL was not able to pay salary and wages to its employees. In order to ensure disbursement of salary to the employees of tine Corporation and other statutory payments, the Government provided financial assistance to the ANIFPDCL in the form of an interest-bearing loan.