What does it take to secure your seat in the best colleges of India? Hard work, dedication and then of course, there is luck! JEE Advanced is perhaps one of the most difficult nuts to crack. Still, there are thousands and millions of aspirants who wish to make it to IITs through JEE. However, what should be there aim is still something that confuses them. But, on the basis of previous years' opening and closing ranks, one can analyse what aim to target. In this article, JEE aspirants will get the opening and closing ranks of IIT (BHU) Varanasi for the years 2015, 2016, 2017 and 2018. This allows the aspirants to set their target and achieve expectations accordingly. 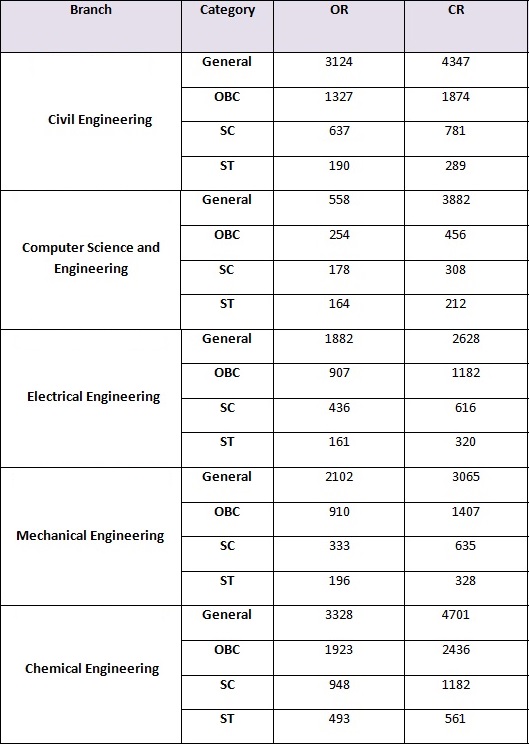 The Indian Institute of Technology BHU (Varanasi) is situated at Varanasi, Uttar Pradesh. It is considered to be among the most reputed engineering and technology institutes in the country. It is also known as IIT(BHU). Established by the Government of India, this college was converted to IIT BHU on 29th June 2012 and is being servicing the nation ever since. The students can take admission into a range of courses, such as B. Tech, M. Tech and Ph.D. programs. The academic year of this Institute commences from July onward each year. This IIT, like all others is of utmost importance from the nation’s perspective. Established in the year 2012, the IIT, BHU (Varanasi) holds the stature of national importance. It is indeed a known name in the list of top most engineering colleges and the students get admission into this college on the basis of cut off issued by it.