IIT Bombay Placements will begin from 1st Dec. PSUs will make a comeback for campus placements, whereas private colleges and start-ups will compete for engineering talent. 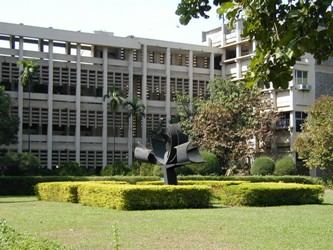 The 15-day placement drive will see companies hiring young engineers and talented technicians from Bachelors, Masters as well as Doctoral programs. In this year’s placement drive at IIT-B, technology firms belonging to the core engineering sector has had highest registration. On the other hand, demand for data analytics role has been the same as last year. So far, the institute has received 125 PPOs (Pre Placement Offers) for the academic year 2016-17.

PSUs to make a comeback

One of the major highlights of this year’s IIT Bombay Placements will be the return of PSUs for campus placements. This year, the institute is expecting the participation of 6 major PSUs in the campus placement drive. Apart from the ISRO, Coal India and HPCL which participated in IIT Bombay placements last year, the institute has also registered ONGC, BPCL and Bharat Electronics Limited (BEL). With the participation of PSU heavyweights, IITians can expect a significant rise in the number core placements during this year’s placement drive. As per the official release of IIT Bombay, even students are more inclined to take up core jobs in PSUs this year.

Another interesting trend in this year’s placement drive at IIT Bombay is the almost 200% rise in academic hiring. Traditionally, blue chip companies, start-ups and investment firms use to grab young talent from India’s top engineering colleges, but this year private colleges and deemed universities have also registered for the IIT Bombay’s campus placement. Compared to 7 institutes which had participated in campus placements last year, this year nearly 20 academic institutions are expected to compete for the fresh engineers walking out of the IIT Bombay.

Start-ups or new age technology companies which use to rule the charts when it came to campus placements at IIT Bombay is expected to see a subdued response this year. The move comes after the bad experience that IITs had with start-ups which made offers but didn’t follow up on their commitments. Leading e-commerce firms like Flipkart and Snapdeal are likely to abstain from campus placements from premier technology firms this year. This has resulted into fewer start-ups registering for the campus placement drive at IIT Bombay. While some of the popular names in start-up scene are likely to stay away from IIT Bombay this year, some new ones are expected to join the race.

All in all, with the participation of PSUs, it seems that the campus placement season at IIT Bombay will see a favourable response for both the institute as well as the students. PSUs tend to offer lucrative pay packages to fresh engineering talents which will improve the overall industry sentiment. On the other end, restricted participation of start-ups will mean that passion and innovation will take a backseat at this year’s campus placements at IIT Bombay.