IIT Tirupati, one of the newest IITs,  was established in 2015. IIT Madras is the mentor institute of this college. Find the previous years’ opening and closing rank of IIT Tirupati in this article.

JEE Advanced is definitely a tough nut to crack. The candidates are required to run and exceed so that they can reach and get a seat in IIT of their choice. But we all know that it is not that simple. In order to be able to make it to IIT, a candidate should seriously study and qualify JEE Advanced. While many answers to your questions cannot be given right now, but we can tell you how to get a seat in IIT Tirupati? An idea about the previous years' opening and closing rank of IIT Tirupati can help you define your goal easily. In this article, we are providing the opening and closing rank of IIT Tirupati for the years 2015, 2016, 2017 and 2018. 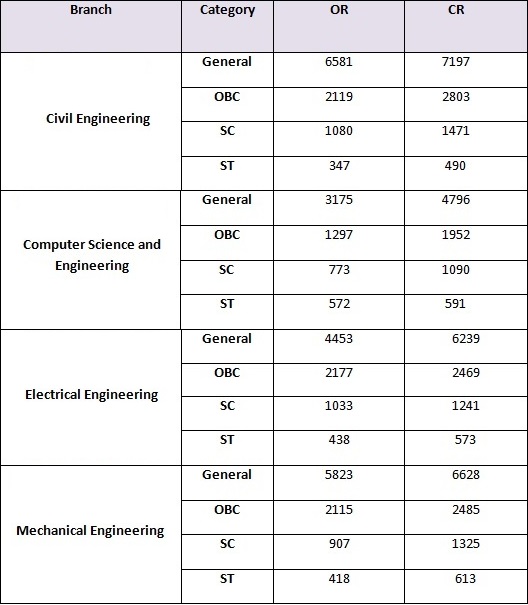 Tirupati is one of the most religious places in India, but it also offers one of the best studying platforms to the engineering students. The Indian Institute of Technology Tirupati is situated at Tirupati, Andhra Pradesh, India. It is one of the most reputed engineering and technology institutes in the country. It is also known as IITTP.
It is one of the IIT among third generation of IITs, announced in 2014. The institute started its operation in a temporary campus in Tirupati for academic year 2015-16 with full support of its mentoring institute, IIT Madras.

The students in this IIT are admitted to various programmes, including B. Tech, M. Tech and Ph.D. programs. The academic session of the institute commences from July every year. This IIT holds prominence and is regarded as the Institute of country-wide importance. Established in the year 2015, the IIT, Tirupati is among the newest ones. The stature of national importance is imparted to this institute.  IIT, Tirupati is a renowned name in the engineering colleges list.