MBA General Awareness for 20 May to 26 May

In MBA entrance exams, General Knowledge is an important section. Questions from this section are often seen in top management entrance exams such as IIFT, NMAT, MAT, SNAP, IBSAT, and CMAT etc. The current GK quiz for the week beginning from 20 May to 26 May will test your awareness on latest happenings that occurred on both national and international level.

In MBA entrance exams, General Knowledge is an important section. Questions from this section are often seen in top management entrance exams such as IIFT, NMAT, MAT, SNAP, IBSAT, and CMAT etc. The current GK quiz for the week beginning from 20 May to 26 May will test your awareness on latest happenings that occurred on both national and international level.

Read the questions on topics such as: international days, award, and accolades distributed to eminent personalities in the field of sports and other important areas. Take the quiz and prepare for your GK for the upcoming management entrance exams.

1. Name the country with which India has signed a joint declaration for cooperation in the field of alternative medicine?

2. Name the country with which India has signed an MoU in the field of Organ Transplant Services?

4. Who among the following has been elected as the President of Ecuador? 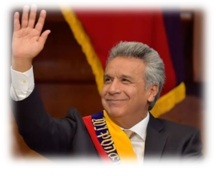 5. Name the badminton player who was recently inducted in the Badminton World Federation (BWF) Athletes' Commission.

7. Name the place where incredibly rare Arisaema translucens, more commonly known as the cobra lily, rediscovered after a gap of 84 years? 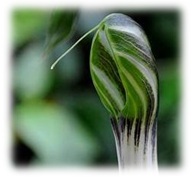 8. Name the Prime Minister of Nepal who resigned recently?

a) Ministry of Telecommunication

b) Ministry of Information and Broadcasting

10. Which renowned news channel has been blocked by three Arab nations?

12. Name the French professional footballer who was recently named the Premier League Player of the Season?

13. What is the theme of UN’s International Day for Biological Diversity?

a) Mainstreaming Biodiversity; Sustaining People and their Livelihoods

b) Convention on Biological Diversity

14. Name the Union Minister who has been handed over the additional charge of the environment ministry after the passing of Anil Madhav Dave? 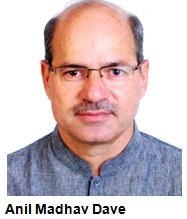 15. Which state has decided to provide grant-in-aid for maintenance of religious institutions and holding of prayers?

16. Name the celestial object that was used by the astronomers to create the first large-scale map of the universe?

17. Name the school in Jamshedpur that has decided to set up an environment-friendly toilet made of plastic bottles and other materials?

18. Who is the winner of the Italian Open Men’s Singles title?

19. Who among the following has been appointed as Deputy Chief of Integrated Defence Staff (Operations)?

21. Which football club has won the La Liga title for the record 33rd time?

22. Which Bollywood actress was awarded the UK International Humanitarian Award for her philanthropic work in India and worldwide?

23. Against which muslin nation, United States has issued a travel advisory to caution its citizens?

24. Which state’s government has ordered an indefinite ban on sand mining in Narmada River?

25. Name the country where two-day ‘Start up India Summit’ was convened recently?

b) United States of America

26. Name the fist high-speed train that has been flagged off by Railway Minister Suresh Prabhu to run between Mumbai and Goa?

27. Who has been elected as Mayor of the East Delhi Municipal Corporation?

28. On which day World Turtle Day is observed globally?

29. Which country has raised its terror threat level to critical indicating that a new attack is believed to be imminent and soldiers are being deployed to assist armed police?

30. Which Indian cricketer has won the CEAT International Cricketer of the Year 2017 award?

You can also download our free PDF to read and practise all the important GK and current affair questions for MAY 2017. All you need to do is click on the link provided below and download the free eBook.