NCERT Solutions for Class 7 English - Honeycomb Textbook (Poetry)- Chapter 7: Dad and the Cat and the Tree

Check NCERT Solutions for Class 7 English subject. In this article, we have provided NCERT solutions for all the questions of Class 7 NCERT Honeycomb Textbook (Poetry) - Chapter 7: Dad and the Cat and the Tree 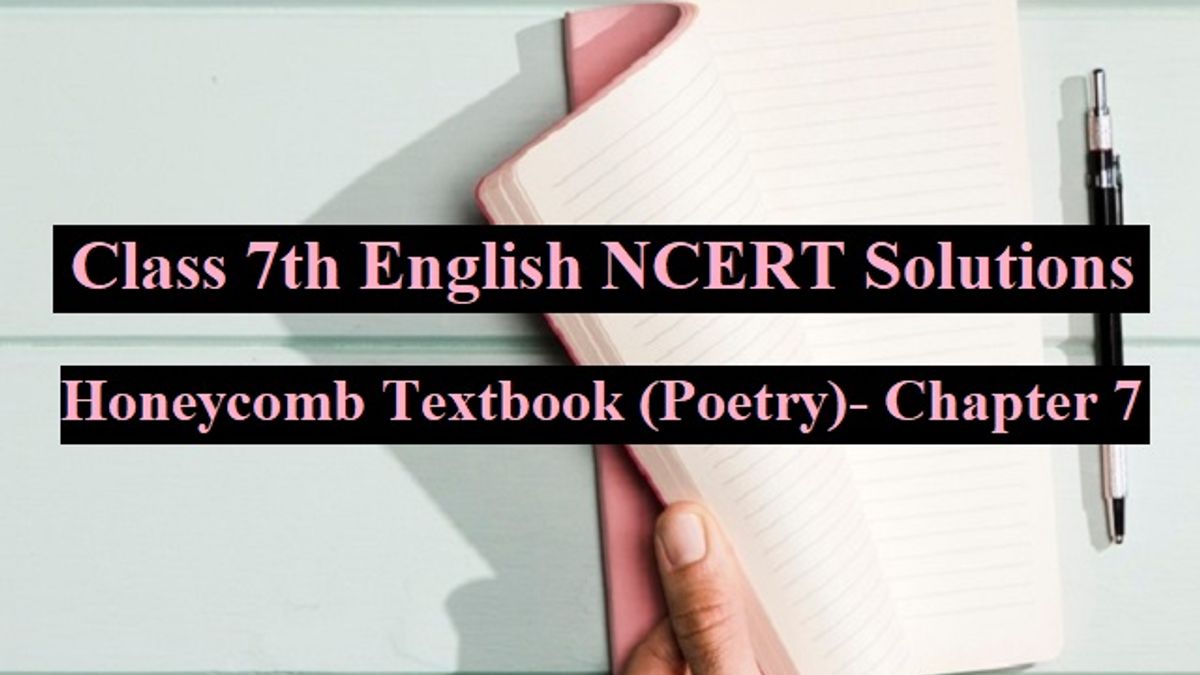 In this article, students of Class 7 can find NCERT Solutions for Chapter 7 of the English subject. Chapter 7 from the Poetry section of the Honeycomb textbook is a poem about a cat stuck on a tree branch and the father who tries to climb the tree to save her. The NCERT solutions have been provided after a detailed analysis of the marking scheme of CBSE by the English subject expert. Class 7th students can study the answers provided here to score well in school as well as Class 7th annual exams.

Ques: Why was Dad sure he wouldn’t fall?

Answer: The Dad was sure he wouldn’t fall because he was a good climber.

Ques: Which phrase in the poem expresses Dad’s Self-confidence best?

Answer: “Right just. Leave it to me.” “Easy as winking to a climber like me.”

Ques: Describe Plan A and its consequences.

Answer: According to Plan A, the father would have reached the treetop with the help of the ladder. However, the ladder slipped and father fell on the ground.

Ques: Plan C was a success. What went wrong then?

Answer: Even though Plan C was a success, it did not work out as planned. The moment the father reached the treetop, the cat jumped and touched the ground and was again out of his father’s reach.

Ques: The cat was very happy to be on the ground. Pick out the phrase used to express this idea.

Ques: Describe the Cat and the Dad situation in the beginning and at the end of the poem.

Ques: Why and when did Dad say each of the following?

Answer: 1. When his wife warned him against falling, the father with a great surprise said “fall?”

2. Having fallen to the ground, the father did not give up and brushing the dirt from his hair and clothes said, “never mind.”

3. When his wife again warned him against falling while he was executing Plan B, he found his wife’s warnings to be a “funny joke.”

4. After the second fall, when his wife intervened saying that he might break his neck, he again dismissed her concern by saying, “rubbish.”

Ques: Do you find the poem humorous? Read aloud lines which make you laugh.

Answer: Of course. The poem is full of humour. The narrator’s father falling over and over again was quite humorous.