The online application form of the PSTET exam will begin in June 2019. For more updates on this, you can visit @educationrecruitmentboard.com. please go through the article described below containing all the information related to the PSTET cutoff marks and PSTET results process. 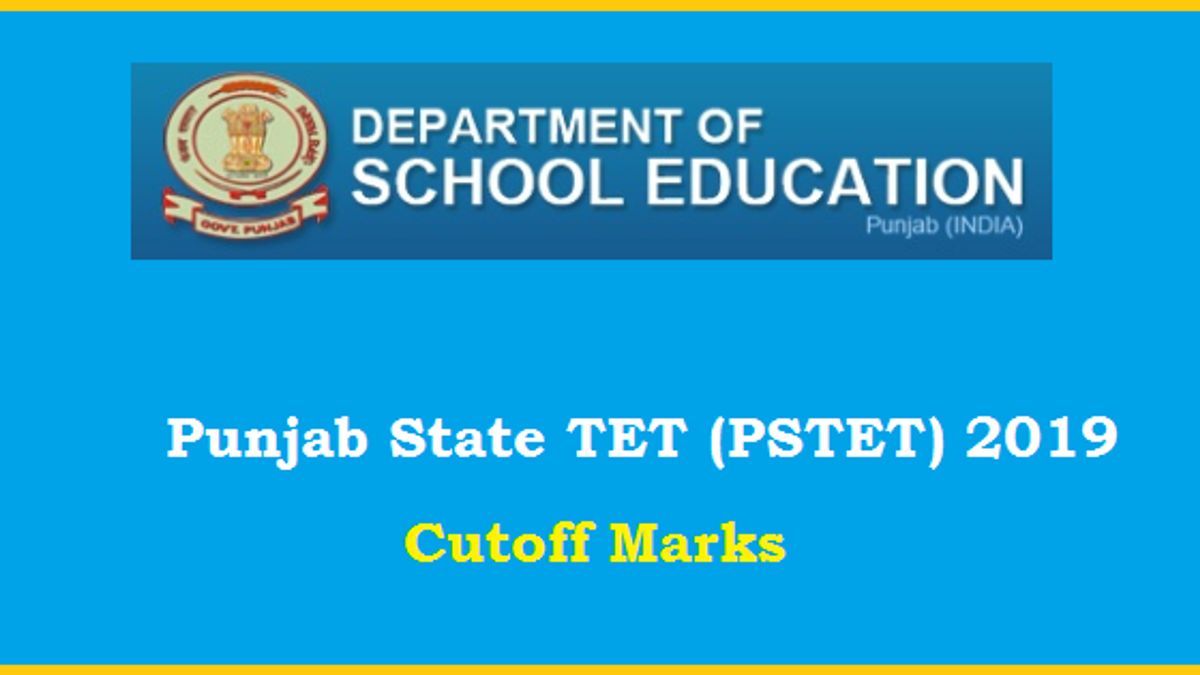 Through the PSTET exam, a candidate is recruited as a teacher for classes 1-8 in the Punjab state government schools. The logic behind conducting this exam is as follows-

Note: The PSTET exam is a mandatory exam to be a teacher in the Punjab state government schools. After qualifying the PSTET exam, you will get a PSTET qualifying certificate that will remain valid for the next 5 years. It means that you do not need to appear again in the PSTET exam.

The PSTET exams are being conducted for the last several years by the Punjab government to recruit the teachers in the government schools. The PSTET cutoff marks are usually pre-decided and mentioned explicitly in the PSTET notification by the authority. The cutoff marks are not changed each year. Since the PSTET Exam is qualifying in nature. Hence, there will be no relative assessment and your performance will be judged individually as per the laid criteria. The cutoff marks for the PSTET exam as per the PSTET notification @educationrecruitmentboard.com is given in the following article-

According to the PSTET exam pattern, the maximum marks for paper-1 and paper-2 is 150 and the candidates hailing from the above-stated categories need to attain the mentioned marks of the total marks.

Important Note: The PSTET exam is a qualifying exam and it does not guarantee any employment in the state schools. However, it is necessary for all candidates. After qualifying the PSTET exam, you have to appear in the further interviews notified by the Punjab state government. The onward interview contains the following stages-

After completion of the PSTET exam, you are required to visit @educationrecruitmentboard.com for PSTET results because the exam related information will be announced only on this website. To get the PSTET results, possible steps are as follows-