Realme launched its flagship budget earbuds - Realme Buds Air with wireless charging and other features in India on December 17, 2019.  Check details on the launch and features.

After the rumbling success in the Smartphone market, Chinese giant Realme has expanded its wings in the wireless earbuds segment by launching its flagship Realme Buds Air in India. The Buds Air were launched alongside the smartphone Realme XT730G on December 17.  Let’s have a look at its design, features, and price. 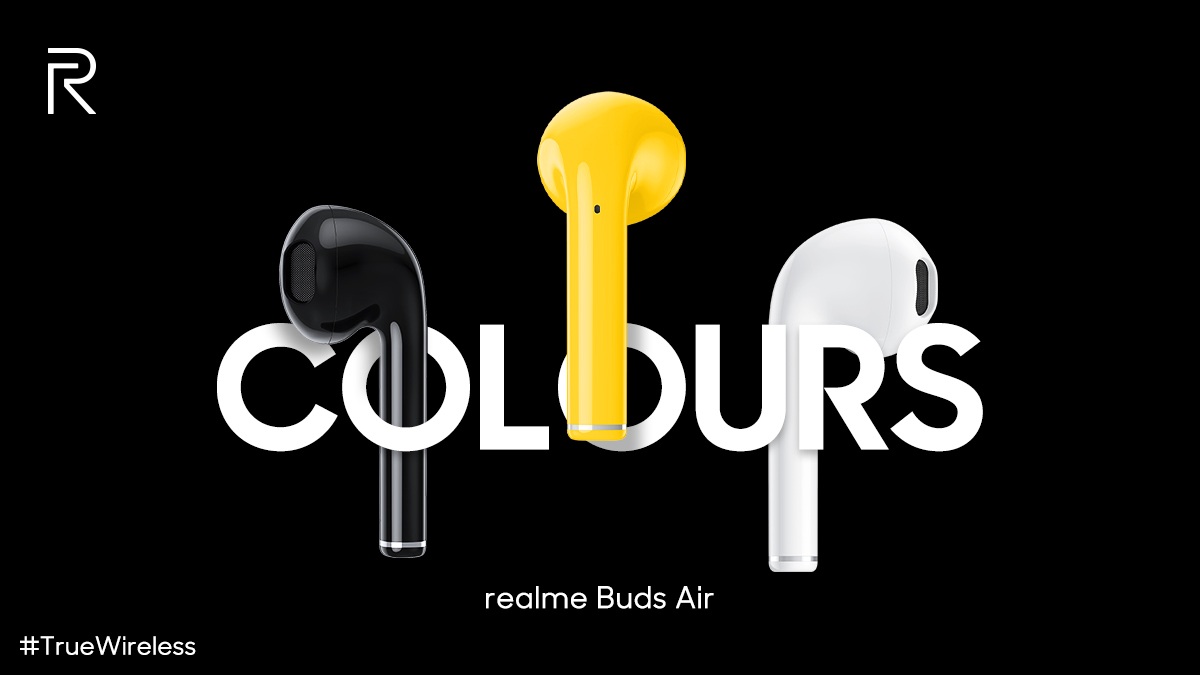 Ever since Realme CEO Madhav Sheth teased the first look of the buds air, the wireless Bluetooth had been the talk of the market. The first look will illusion you to believe its an Apple airpod as the design is almost identical. The earbuds come with a similar stalk and a shiny ring around it. The Realme earbuds come with a plastic finish and have a periscope-shaped structure. 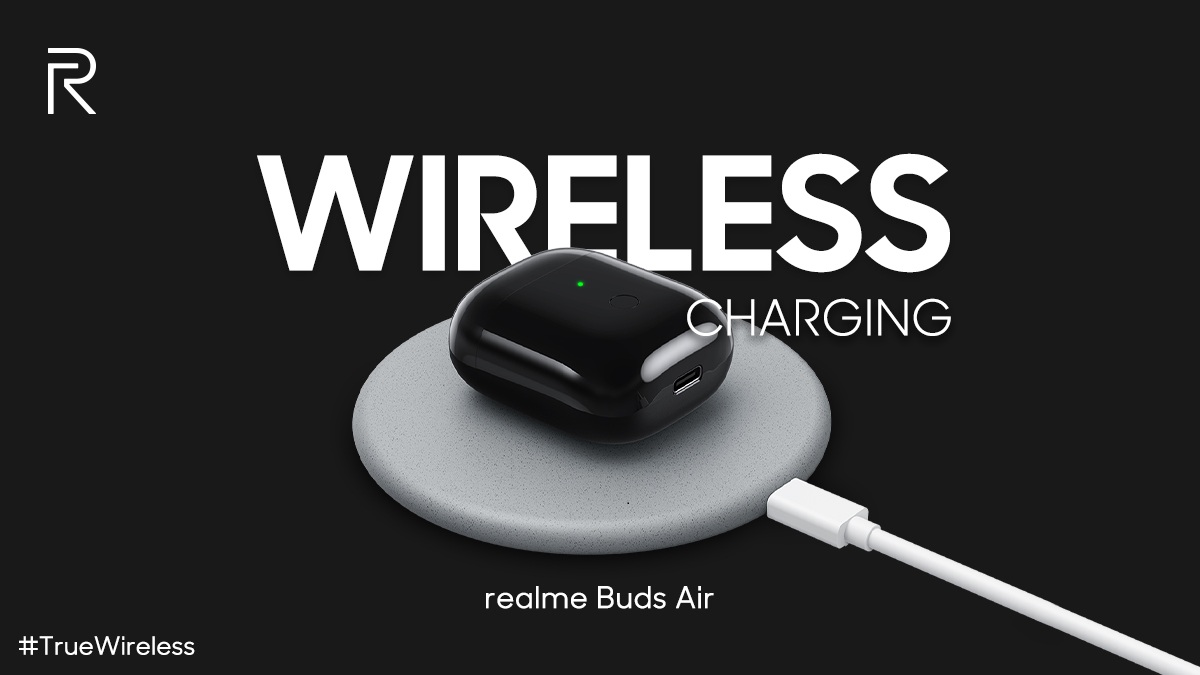 As per the launch video, the buds air is packed with the feature of double-tap to play/ pause the audio and has “seamless” connectivity. It also comes with wireless charging support and is compatible with Google Assistant and Alexa. Unlike Apple Airpods, these earbuds have been launched in three color options- Black, White and Yellow. 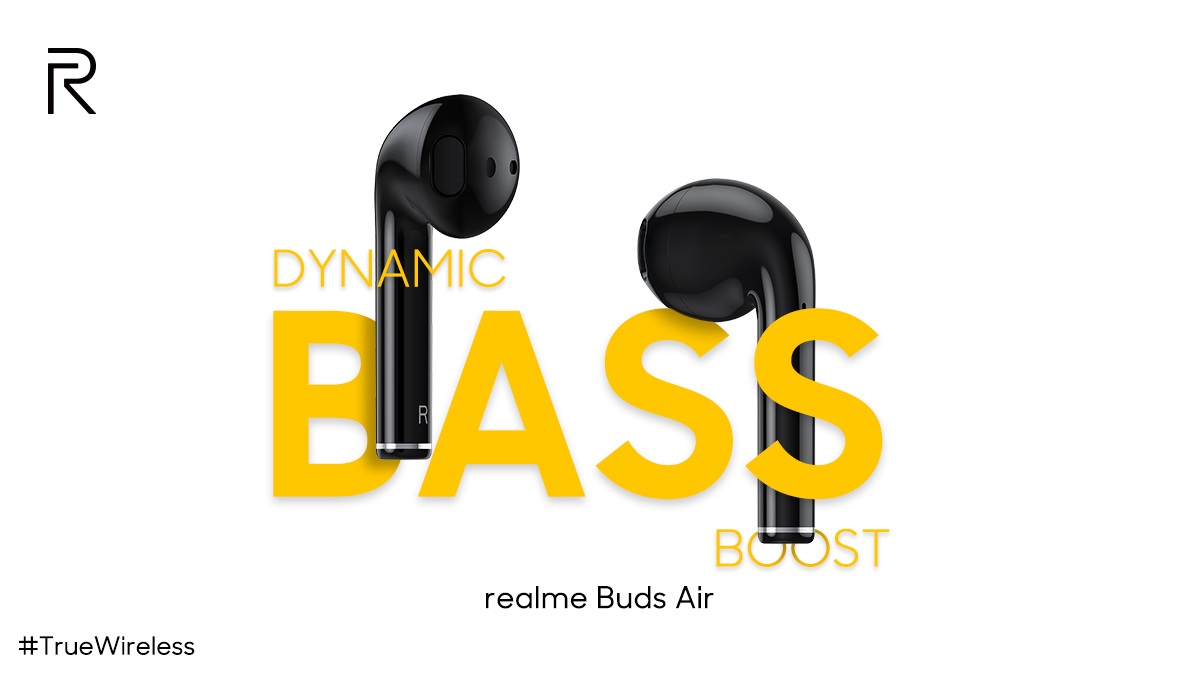 A recent tweet by the company confirmed that they have already sold 11000 units through their “Hate-to-Wait” sale that began at 2 pm on December 17. The price has been kept at Rs. 4999/- in India. 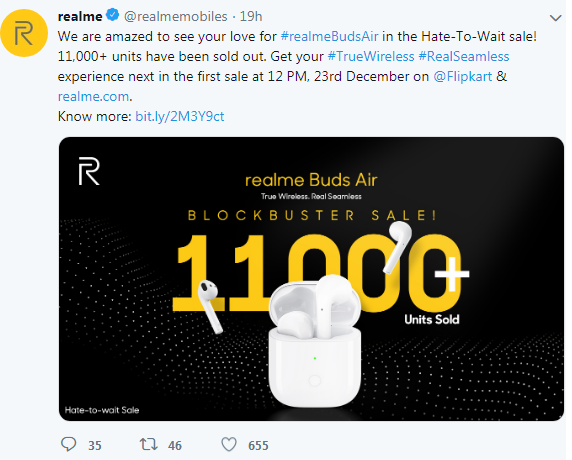 With major brands like Samsung and Apple already capturing the major earbuds market, this latest launch by Realme at an affordable price as compared to the other brands is surely going to create impactful turnarounds in the wireless earbuds industry.