With the most powerful battery of 6000 mAh, Galaxy M30s is now available at an unbelievable price at Amazon. Check for a detailed review of the smartphone and attractive discount offers available on it.

Samsung introduced its Galaxy M series as a medium budget smartphone range that aimed at strengthening its market hold in response to the Chinese brands Xiaomi and Honor. The smartphone series was launched at the beginning of 2019 with all phones priced below 20000. Samsung Galaxy M30 and M30s were the most sought after smartphones in this range throughout the year.

Samsung Galaxy M30s is an update to the Samsung Galaxy M30. One of the most exceptional features of this phone is its 6000 mAh battery that lasts for two days even with active apps usage. The phone screams optimum with its monster-like performance and is  available for Rs. 12,999/- only at  Amazon. You can also avail 6 month no cost EMI offer on the smartphone.

Samsung Galaxy M30s Design: Build for the most comfortable hold 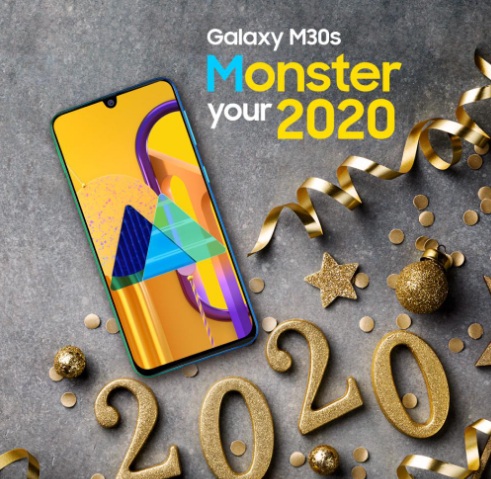 The Galaxy M30s sports a design similar to the Galaxy M30. On the display front, the company has packed the smartphone with a 6.4 inch Full HD+ Super AMOLED display with an infinity-U notch. The display panel has a thin bezel on the sides and thicker at the bottom. The power and volume buttons are placed on the right side of the body while the earphone jack, Type C USB port, microphone, and loudspeaker are placed on the bottom. The smartphone comes in 3 color variants: Opal Black, Sapphire Blue, and Pearl White.

Samsung Galaxy M30s Display: A screen so clear, you can’t stop staring at it! 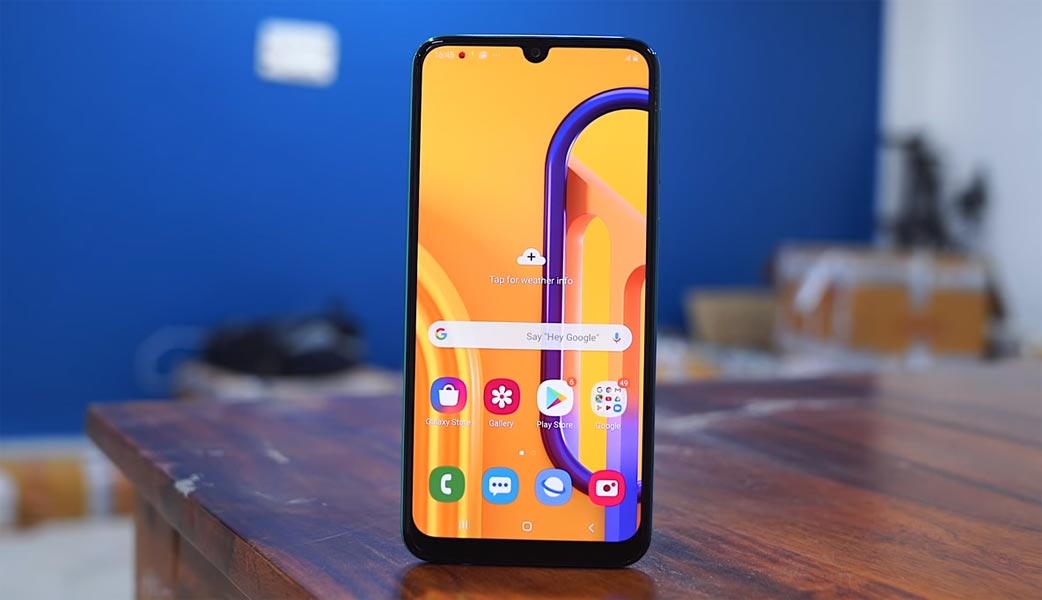 When it comes to displays, Samsung has time and again offers one of the best viewing experience to the users and Galaxy M30s is no different.

The Samsung Galaxy M30s sports a 6.4-inch full-HD+ Super AMOLED display with a resolution of 1080x2340 pixels. The phone offers an Infinity-U display, commonly known as the waterdrop notch. The bezels of the screen are acutely thin on the sides but comparatively thicker at the chin.

You can change the screen modes from two options available- Vivid and Natural. It also allows the user to turn on the Blue light filter and night mode.

Switching between the primary sensor and the ultra-wide-angle sensor is quite simple with a toggle button present on the home screen. The Live Focus mode on the M30s lets you set the level of blur before taking a shot, and you can also change it in the gallery app later. Other modes on the Galaxy M30s include Food, Night, and Panorama.

The absolute highlight of this smartphone is its powerful battery. he device is the first handset in the country to boast of a 6000 mAh battery. The battery actively lasts for two days with medium to heavy usage of apps on the smartphone. So if you are a frequent traveller and need better battery back-up or have high phone usage needs, Samsung Galaxy M30s would be the ideal phone for you.

Samsung Galaxy M30s Performance: for a smooth and hassle-free experience

Samsung Galaxy M30s is powered by its own Exynos 9611 processor and offers two quad-core clusters of Cortex-A73 clocked at 2.3GH and Cortex-A53 clocked at 1.7GHz.

With a soldier battery life, powerful triple camera, exceptional display quality, and the Samsung brand assurance, this phone is a complete package in the mid-range budget phone segment. Get this smartphone at Rs. 12,999/- from Amazon today!