As per the official notification released by SSC on 26th August 2019, the Commission stated that “The Staff Selection Commission has been receiving representations from the candidates of Combined Graduate Level Examination (CGLE) 2017 requesting for an immediate declaration of final results of the aforesaid examination. Prompt replies are being given to these representations.”

SSC CGL 2017 Tier-II Exam was held in February 2017, Supreme Court of India vide its Interim Order dated 31st August 2018 placed an interim injunction restraining the Commission from declaring the result of the said examination (including that of CHSLE 2017). Subsequently, Supreme Court vide it's interim Order dated 9th May 2019 vacated its earlier Order dated 31st August 2018. Immediately upon the vacation of the Stay Order on 9th May 2019, the Commission declared the list of qualified candidates of CGLE 2017 for Document Verification / Skill Test. Staff Selection Commission (SSC) releases the results in four stages, i.e., after the completion of each exam tier-wise. The candidates are shortlisted for the next round after clearing the previous round. 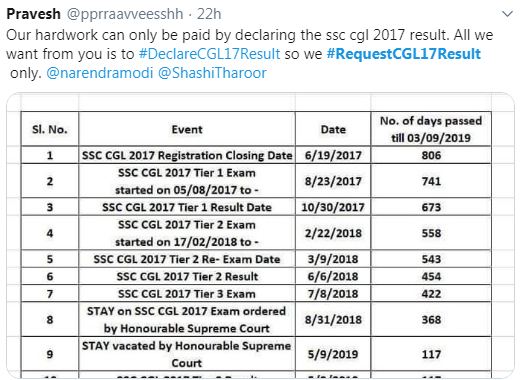 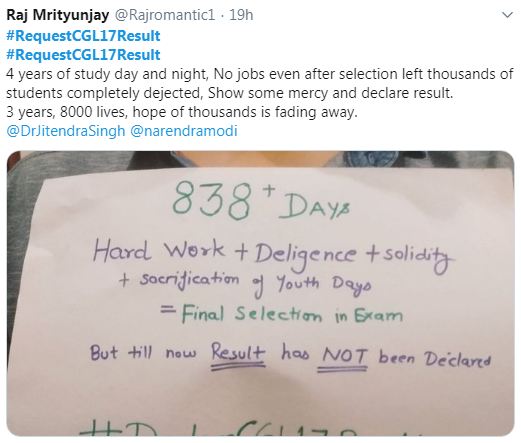 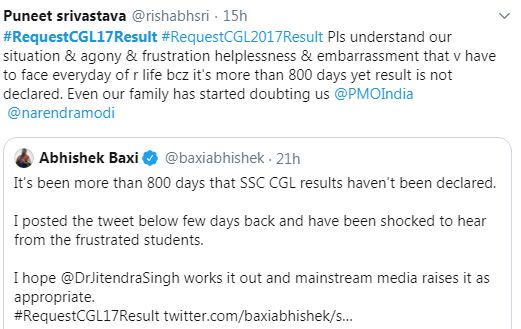 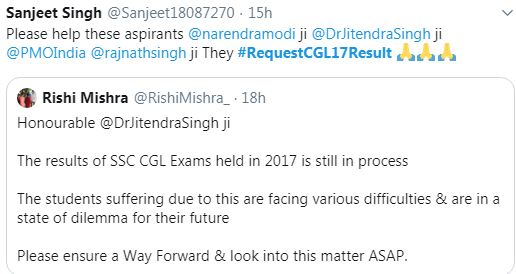