Find out the maximum number of questions for SSC CGL tier-1 exam 2017 held on 9th August, 2017 for all shifts. Remaining questions will be updates very shortly. 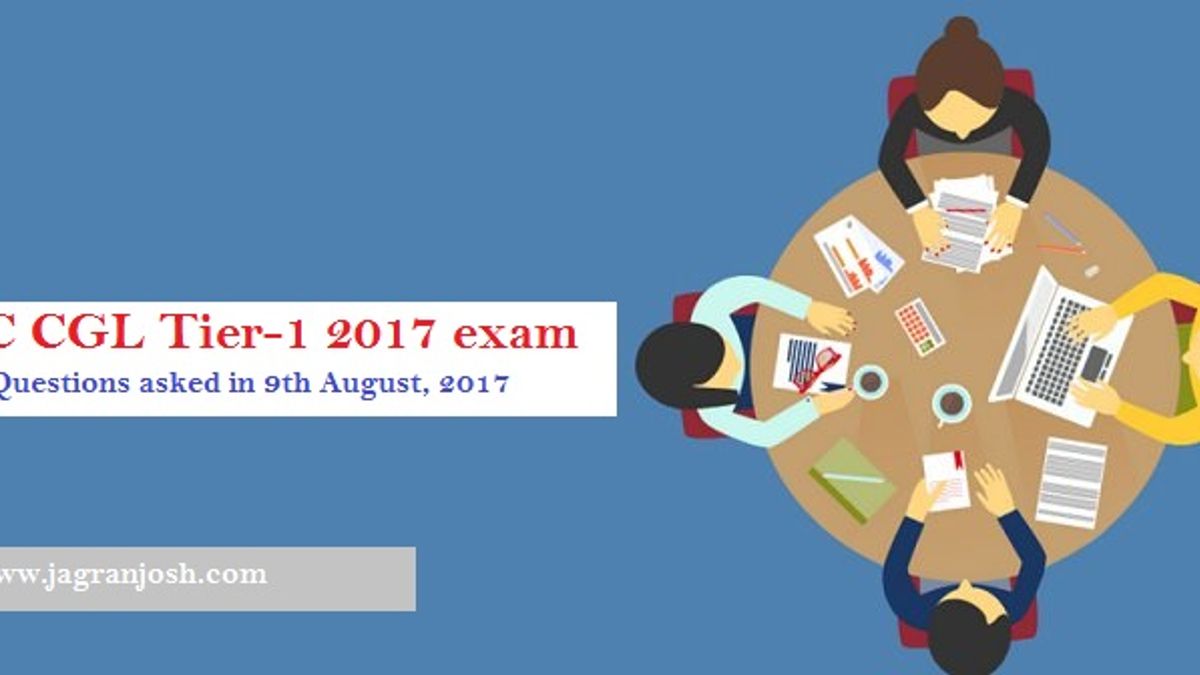 In this article, you will procure the maximum questions asked in CGL exam held on 9thAugust, 2017 based on section wise and topic/subject wise. Go through the all questions and solve them at your own expertise. During attempting the questions, you will be aware of what kind of questions are asked, pattern, difficulty level and safe attempts.

9)      What is the function of kidney? – Extraction of waste from blood, balance body fluids, formation of urine.

11)   Amazon river flows through which country?

13)   Forest institute of India is in which state?

2)      Three Sphere having the radius 3 cms, 4 cms & 5 cms. These spheres are melted & a new sphere is formed. Find the volume difference in percentage of the old & new sphere?

3)      Reeta has 20% more salary than the Meena. Then by what percentage the salary of Meena is less than the Reeta?

4)      Find the difference between the compound interest of half year & simple interest of one year?

4)      Bug is a? – The software bug is a problem causing a program to crash or produce invalid output

10)   One question based on Monopoly market

11)   One question based on property of electromagnet waves.

12)   One question based on Computer Virus.

13)   One question based on Friction Force.

15)   One Question based on Pradhan Mantri Deendayal Yojana

Will be uploaded very soon.

We at jagranjosh.com, are committed to convey all important information regarding asked questions and recent updates. Visit us at our SSC webpage regularly.