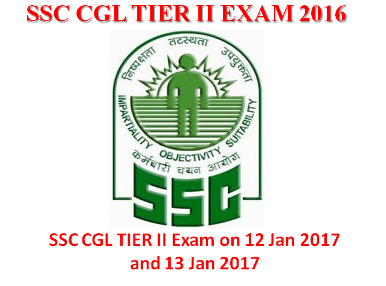 The Commission has considered genuine cases of grievances placed by candidates and has decided to conduct re- examination for those candidates. The examination is scheduled to be held on 12-13 January 2017.

In a recent official update the Commission has stated that after objectively and comprehensively examining the representations sent by candidates through the Technical Service Provider, the Commission has come across genuine cases where candidates have faced technical and other related problems during the examination at some of the venues.

Therefore SSC will conduct re-examination for all such affected candidates.

In addition to this special instructions have also been released by SSC in connection to the CGL Tier 2 examination held in 356 venues across the country. The official notification states that The Commission, after due examination of video footages, has taken a serious view of certain candidates found to have been actively involved in disturbing and instigating other candidates to disrupt the process of the examination. The Commission proposes to take appropriate action against such candidates, which may include disqualification and debarment for a period of three years, in consonance with the extant guidelines.

The Combined Graduate Level (Tier-II) Examination-2016 was conducted by Staff Selection Commission for 1,49,330 candidates in the Computer Based Mode in two shifts per day at 356 venues in 57 cities (centres) across the country from 30th November 2016 to 2nd December 2016, in which 1,20,933 candidates (80.93%) have actually appeared. The Examination went off successfully without any untoward incident in 333.

SSC CGL exam is held every year for graduate pass outs of the country for recruitment to various vacancies in different administrative posts.