State of agriculture in India has been a concern for the policy makers. Specifically, the agriculture sector needs a great attention from the Indian state. Analyse the state of Indian agriculture given in this article and explore the areas where the government can improve its productivity. The topic is very important in terms of IAS Exam.

India is primarily an agriculture-based economy and its largest population are dependent on the agricultural activity. The agricultural sector in India is a means of living and earning for more than half of the total workforce while it contributes only 17.5% to the GDP (at current prices in 2015-16) of the country.

Despite various schemes and intensive plans of the Government, the state of agriculture in Indian has remained same. There is hardly a significant change can be found in the agriculture sector in India after independence. During the 1960s, Green Revolution was an intensive plan to increase crop yields, but its reach was limited to only some of the crops and states of the country. Here, in this article, we will analyse the state of

State of Agriculture of India 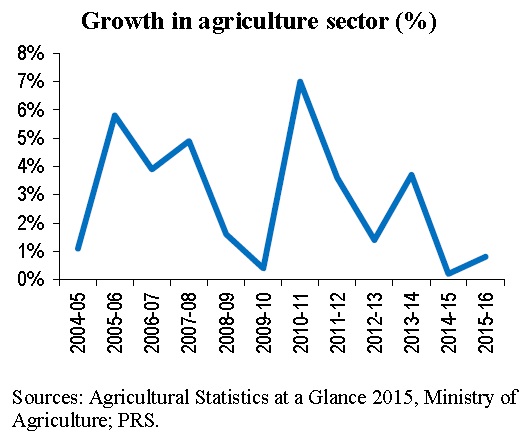 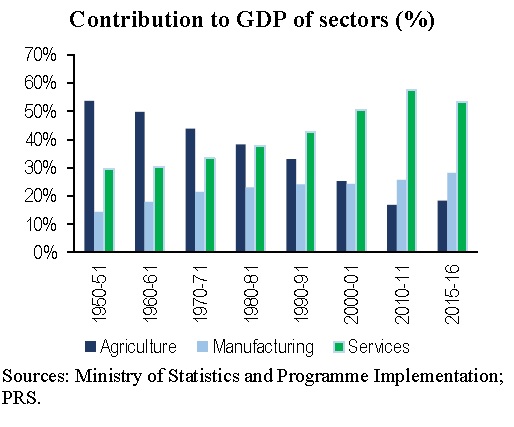 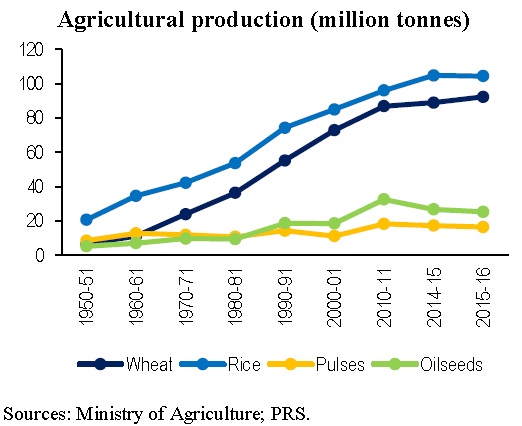 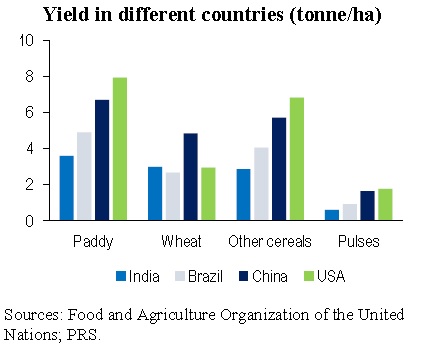 The agriculture sector in India has great potential to grow and contribute satisfactorily to the GDP of the country. As compared to other large food grain producing countries, India is ahead in overall food grain production, but the major hurdle with India’s agriculture sector is the lower yield of food grain production. Again, India needs a state-sponsored intensive movement like Green Revolution, which should have the coverage of a number of crops and large cultivable areas of the country so that the yield productivity of major potential crops can be improved.

The Government should also make strong policies or make ill-proof the existing policies which can assist farmers while dealing with the situations of a cash crunch and other natural calamities like drought, flood and uneven monsoon.