Hall tickets have been released for TNPSC Group 4 exam. Candidates can download the same at the official portal tnpsc.gov.in. More details can be found here. 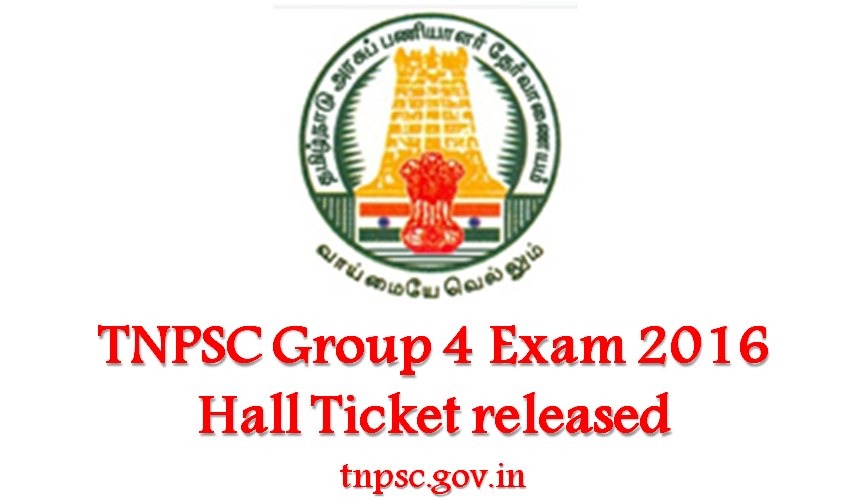 Hall tickets have been released for TNPSC Group 4 exam. Candidates can download the same at the official portal tnpsc.gov.in. More details can be found here.

Tamil Nadu Public Service Commission / TNPSC has released admit cards for the Group 4 service exam which is scheduled to be held on 06 November. The examination will be held for recruitment of candidates against 5451 vacancies in the Commission.

It is for the information of candidates that TNPSC group 4 service exam will be held for the year 2015-16 (service code no. 006).

Go to the official page of TNPSC at tnpsc.gov.in

Enter your application number or login id and date of birth

Save a copy of it for the exam

TNPSC had invited applications for Group 4 exam in August 2016.

About Tamil Nadu Public Service Commission: TNPSC is one of the largest governing bodies in the State of Tamil Nadu.  The Commission works to recruit candidates in various administrative posts under different departments by following strict selection procedure. TNPSC conducts examinations for appointment by direct recruitment to the services of the State. The Oral Test Department deals with the selection of candidates for appointment by direct recruitment to various posts, the selection process of which consists of both Written Examination and Oral Test.