Top 10 Delhi University Colleges You Must Target in 2021

The admissions to Delhi University's 91 odd colleges have commenced. Among them here are the ones that must be on the wishlist of every DU aspirant. 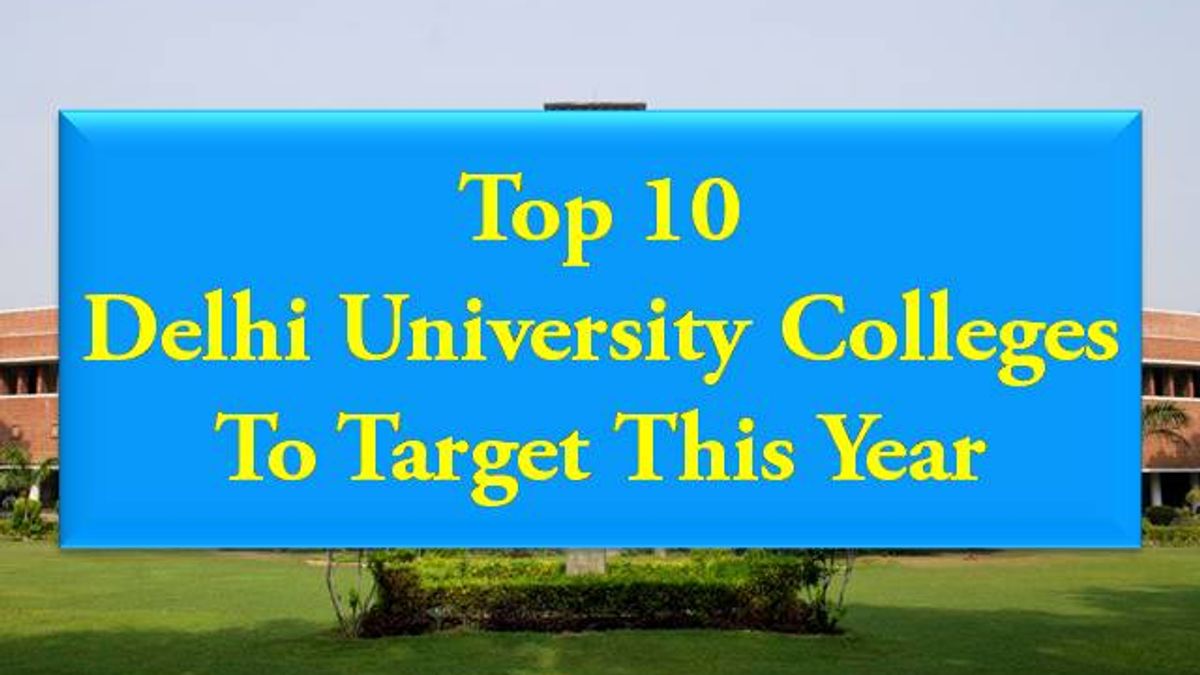 The admissions to Delhi University's 91 odd colleges for various courses will commence soon. Among them here are the ones that must be on the wish list of every DU aspirant.

Each center in Delhi University has maintained high standards of education and has also carved a niche for themselves as center of excellence in teaching and research in their respective areas.

If St. Stephen’s College is known for its high cutoffs then Hindu college has a long list of Notable Alumni like the famous Director Imtiaz Ali and Ajay Jadeja. In 2014, LSR was at the top of the list of Top Arts Colleges of the University of Delhi. Lady Shri Ram College for Women started in 1956 and today it has approx. 2000 studying in it. Ramjas College is one of the founding colleges of University of Delhi, along with Hindu College and St. Stephen’s College, while Miranda is known for its enormous campus and student exchange programs.

Here is the list of top colleges under come under the aegis of Delhi University:

More often than not, a Google Search about Delhi University with throw-up images of a red brick-styled building. This Indo-Saracenic Revival architecture building is none other than St. Stephen’s College. St. Stephen’s is the oldest college in Delhi, founded on 1st February 1881. Since then, the college has been the example of quality education that takes in youngsters and transforms them into professionals.

It is crime in DU’s north campus to talk out St. Stephen’s College without mentioning the Hindu College. This is again, one of the oldest colleges in Delhi, established way back in 1899. But, putting the rivalry aside, the Hindu has all the bragging rights in its kitty to claim the spot of being the best on the university campus. With the perfect mix of academic and co-curricular activities, Hindu has surely cemented its position among the top 10.

Popularly known as LSR, the Lady Shri Ram College is an all-women college based in South Campus in the hip and hap locality of Lajpat Nagar. With an overall NAAC score of 3.61 (the highest among all DU constituent colleges), LSR surely is the place to be if academics are your strong suit.

Without any doubt, Miranda House – the residential college for women, is one of the premier Women's Institutions of Delhi University. Miranda college campus has one of the most beautiful and largest campuses in Delhi University. Known for its active placement cell, Miranda House has International collaborations and exchange programs for the students of different departments.

Another gem from the North Campus, Hans Raj College is one of the most well-known DU Colleges in India. The college offers a variety of undergraduate academic programs in all three streams - arts, science, and commerce. With over 5000 students, Hans Raj is surely one of the biggest constituent colleges of Delhi University.

One of the three founding colleges of the University of Delhi, the Ramjas College has a rich legacy and heritage when it comes to academic excellence. This historic academic institution was established in 1917 and has been the pioneer of holistic education not only on the DU campus but across India. The courses offered at Ramjas go above and beyond the limits of traditional academics covering personality development, skill development and igniting the entrepreneurial spirit of the students

Fondly known as SRCC on campus, the Shri Ram College of Commerce has carved a niche for itself in the field of economics and commerce studies. The college has a singular focus on Economics and Commerce and offers undergraduate and postgraduate courses in these fields. In addition to this, the college also offers PG Diploma in Management termed as "Post Graduate Diploma in Global Business Operations" (GBO).

Indraprastha College for Women is popular as IP College and holds the honor of being the oldest women's college in Delhi. The institute started its journey in 1924, offering graduate and postgraduate level academic programs in a variety of fields. One of the most distinct feats of IP College is that it is the only college to offer Bachelor in Mass Media and Mass Communication (BMMMC) degree in Delhi University.

What started as an education avenue for South Indian students in Delhi, Sri Venkateswara College has emerged as a nationally renowned educational institute. The key USP of SVC is its distinct approach to handle the varied and contemporary needs of the students. For this, along with focusing upon the core academics, the College has also developed vocational courses and skill development programs. Backed by its efforts in the field, SVC has been recognized as the center of excellence in the field of education.

Famous by its acronym JMC, the Jesus & Mary College is a women’s only college of Delhi University. The college is located in the prime locality of Chanakyapuri and is part of the university’s south campus. The college has dedicated itself to the holistic development of the students through participation in different projects. Students from JMC are encouraged to take up project work with different government and private colleges such as DMRC, HUDCO, the Planning Commission, and others, as part of their academic endeavors.

Delhi University is without any doubt a premier educational institution in the country. The standard and the level of education of these colleges can be understood with the fact that six Delhi University colleges have made it to the list of the top 10 colleges in India under a national ranking released by the human resources development (HRD) ministry, with Miranda House being ranked at number one. If you are planning to join DU this year, these colleges should definitely be on your wish list.