After re-implementing a 2004 Office Memorandum, DoPT has scrapped reservation benefit for at least 20 candidates by listing them under OBC ‘creamy layer’ quota. DoPT had questioned about their OBC status through official letters in the first week of June. 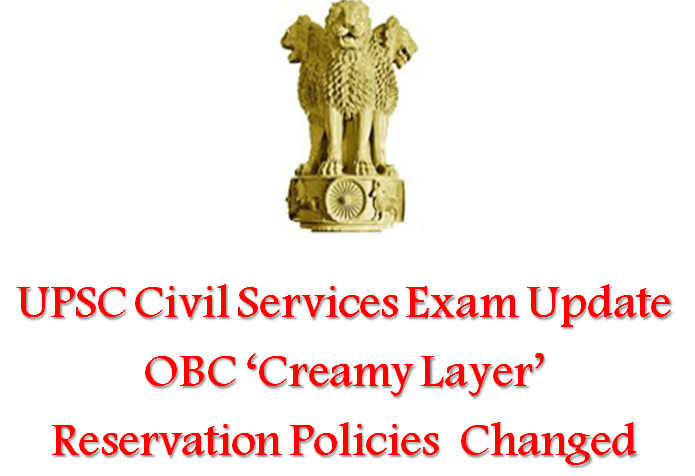 After re-implementing a 2004 Office Memorandum, DoPT has scrapped reservation benefit for at least 20 candidates by listing them under OBC ‘creamy layer’ quota. DoPT had questioned about their OBC status through official letters in the first week of June.

Department of Personnel Training (DoPT) has stirred the reservation policies of UPSC Civil Service Examination. By re-introducing an office memorandum (2004), DoPT has followed a strategic way to differentiate between the ‘creamy’ and ‘non creamy’ layers of OBC category in those cases, where parents are working in government agencies. Citing the annual income of parents to be more than Rs 6 lakh, it has questioned the category status of near about 20 OBC ‘non creamy layer’ candidates.

On the other side, upset candidates have challenged the move of DoPT. Commissions of OBC and SC reserved category have pointed out the ‘aberrant’ decision and have mentioned that ‘an anomalous situation in the scheme of reservation for Other Backward Classes (OBCs) where children of Class III employees of State and Central Government would be entitled for reservation, but children of a similarly placed employees of a public sector undertaking (PSU), bank, university etc. would not be considered for such reservation as they would be considered to be Creamy Layer’.

Questions have also come up regarding the consideration and implementation of a decade year old office memorandum.

Clarifying the move and the aggression, MoS Ministry of Personnel Jitendra Singh has stated that 'the 2004 office memorandum was a mere clarification of the 1993 office memorandum'. Guidelines state that ‘pending the evaluation of the posts on equivalent or comparable basis’ income will be implemented to distinguish between the two sub layers.

In the guidelines, Rs 6 lakh has been considered as the demarcation and income from salaries or agricultural land has been excluded.