Citizenship Amendment Bill (CAB) 2019 has become a law after approval of the President of India. 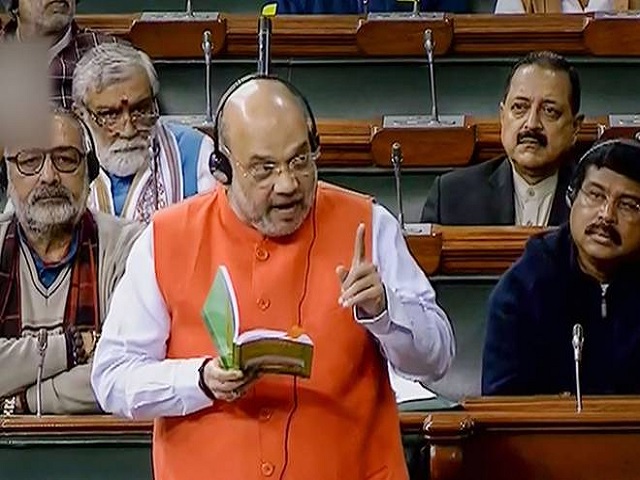 The Citizenship Amendment Bill, 2019 was passed in Rajya Sabha on December 11, 2019. It was passed by 125 votes in favor while 105 members voted against it. Some people are opposing this bill while some people are supporting it. President Ram Nath Kovid also approved the bill. It will clear the path for Hindus from Bangladesh, Pakistan and Afghanistan as well as for Sikhs, Buddhists, Jains, Parsis and Christians to gain Indian citizenship.

1. The Citizenship Amendment Bill, 2019 (CAB) will be granted citizenship of India to Hindu, Christian, Sikh, Parsi, Jain, and Buddhist people who have fled from Pakistan, Afghanistan and Bangladesh due to the religious persecution.
2. Such illegal migrants who have entered India by 31 December 2014 will be able to apply for Indian citizenship.
3. Right now, it is compulsory to reside in India for 11 years to get Indian citizenship. The new bill reduces the residency limit to six years.
4. The Citizenship Amendment Bill, 2019 covers 6 communities – Hindu, Jain, Sikh, Parsi, Buddhist, and Christian migrants.

5. It has also been arranged that any legal action already taken against such people for s displacement or illegal migration will not affect his eligibility for permanent citizenship.
6. If the OCI cardholders violate the conditions, the center will have the right to cancel their card.
7. This bill was introduced in Lok Sabha in 2016. It was passed in Lok Sabha this year but stuck in the Rajya Sabha.
8. The Citizenship Amendment Bill was passed to amend the Citizenship Act, 1955.
9. It has been decided to give citizenship to people of other religions except Muslims in the new bill. The Opposition is taking up this matter and saying it a biased bill.
10. The Ministry of Home Affairs has empowered the concerned authorities in Chhattisgarh, Gujarat, Madhya Pradesh, Maharashtra, Rajasthan, Uttar Pradesh, and Delhi to provide citizenship and natural certificates to migrants under sections 5 and 6 of the Citizenship Act, 1955.

Why protest in North-East?

Almost all north-eastern states are protesting against the Citizenship Amendment Bill (CAB). The protestors believe that they will become a linguistic minority in their own state if CAB becomes a law. Protestors are saying that it will violate Article-14 of the constitution – the right to equality. The widespread protests engulfed the entire north-east including – Meghalaya, Manipur, Assam, Tripura, Sikkim, Nagaland, and Mizoram.