Mohun Bagan is a 16-time champion but lost final match with Gokulam Kerala. Marcus Joseph scored a goal in each half to lead his team to the victory. 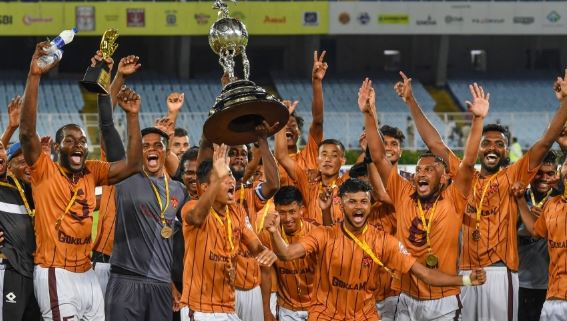 Now, Gokulam Kerala has become second football club of Kerala to win the title after 22 years. The match was played at Salt Lake Stadium in Kolkata. It was 1997 when FC Kochin won the title for the first time. I.M. Vijayan was the captain at that time.

• The Durand Cup was first held in 1888 in India. It is Asia’s oldest football tournament and a third oldest football tournament in the world.
• Initially, it was started as Army Cup for British Indian Army troops but later it was opened up for civilians also.
• Mohammedan Sporting Club from Kolkata was the first civilian team who won the tournament in 1940.
• This tournament and its matches are co-hosted by Durand Football Tournament Society (DFTS) and Osians.
• The winning team gets three trophies – The President’s Cup, The Durand Cup and the Shimpla Trophy.
• Mohun Bagan and East Bengal are the most successful teams with 16 wins each. There is a total of 16 teams that participate in the Durand Cup every year.