Anup Kumar, legendary  Indian Kabaddi player and former World Cup-winning captain, announced his retirement from the sport with immediate effect on December 19, 2018, bringing an end to a 15-year-long career.

Anup Kumar, legendary  Indian Kabaddi player and former World Cup-winning captain, announced his retirement from the sport with immediate effect on December 19, 2018, bringing an end to his 15-year-long career.

Kumar, known to be one of the most efficient players, has led his team to victory on several occasions and contributed to the overall growth of the sport in the nation.

• The kabaddi star began his international career in 2006 at the South Asian Games in Sri Lanka.

• He was appointed as the captain of the Indian National team in 2014 and it was during his tenure that the team won 2 gold medals at Asian Games in 2014 and the Kabaddi World Cup in 2016.

• He has played all the six seasons of the Pro Kabaddi League so far, featuring for the U Mumba franchise in the first five seasons and is currently a part of the Jaipur Pink Panthers.

• He led the U Mumba franchise for the first five years taking the side to three consecutive finals, a record that has not been achieved by any other captain in the league.

• Kumar was the highest points scorer in the inaugural season of the PKL with a tally of 169 points. 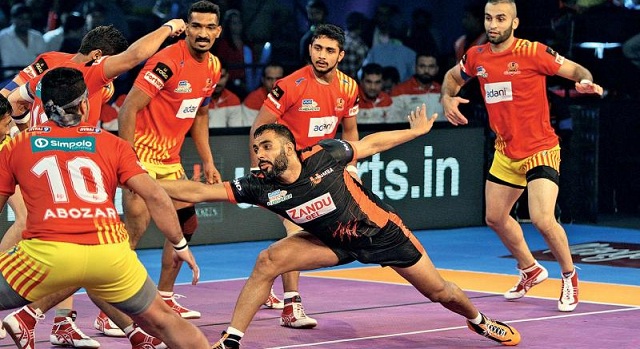 • At this year's PKL Auction, he was picked by Jaipur Pink Panthers and was handed the role of the captain.

• He was felicitated with the Arjuna Award in 2012 for his exceptional contribution to Kabaddi in India.