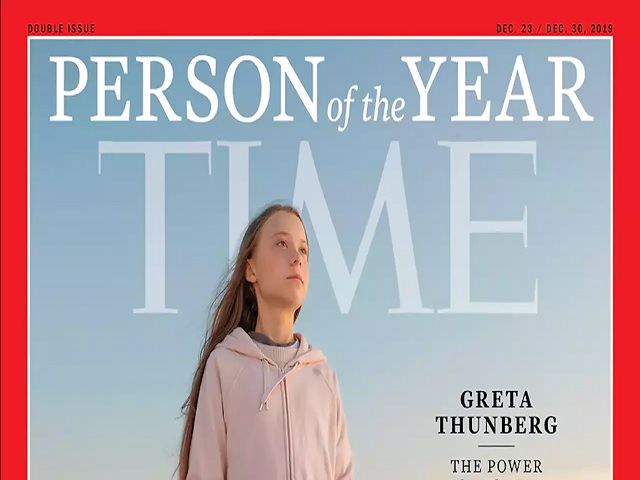 Greta Thunberg as Time Person of the Year

Greta Thunberg: Climate change activist Greta Thunberg has been selected as 'Person of the Year' by 2019 magazine for the year 2019. Greta achieved this honour at the youngest age. She has been in discussion for her influential and aggressive speeches.

Greta Thunberg also gave a speech at the United Nations Climate Action Summit this year. The speech was widely appreciated worldwide. Explain that Greta suffers from Asperger syndrome. Time Maganize said that she has managed to attract worldwide attention, changed millions of vague ideas, called for immediate change, and turned an idea into a global movement.

• Time Magazine said that she has emerged as the biggest voice on the biggest issue of the earth. Greta demands action.
• As per Time Magazine’s report, she gave a moral call to those willing to work and expressed outrage at those who were not ready for it.
• At the time of this announcement, Thunberg was at a meeting of the United Nations Climate Forum in Madrid.
• Thunberg said in an interview to Time, "We cannot live with the assumption that tomorrow will not come, tomorrow will surely come. This is what we are saying. "

Greta Thunberg was born on 3 January 2003 in Sweden. She protested before Sweden's parliament to reduce carbon emissions according to the Paris Agreement. She skipped the school and demonstrated outside Parliament. She encouraged students in other countries of the world to stand against global warming and climate change. About 20,000 schools in 270 cities in the world went on strike on her call. She was also been invited to speak at TED Talk in Stockholm.

Other Honors by Time Magazine