A Committee under the Chairpersonship of Secretary, Ministry of Environment, Forest and Climate Change, C. K. Mishra will be constituted to suggest ways to deal with Air and Water pollution. 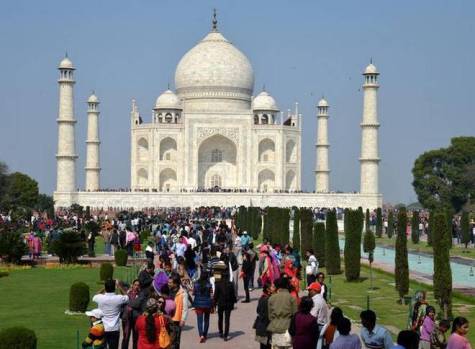 A High level Inter ministerial meeting was held on July 16, 2018 in New Delhi to deliberate on various issues and actions to be taken to conserve The Taj Mahal.

The meeting focussed on action points needed to overcome Air and Water pollution in and around the Taj Mahal.

• The Inter ministerial panel took serious cognizance of the observations made by the Supreme Court on Taj conservation and will take every possible step to deal with Air and Water pollution.

• To deal with air pollution, the use of bio fuel, green fuel and electric vehicles will be popularised in Agra.

• An ethanol policy will be introduced for Agra which will include conversion of bio mass to ethanol during the crop burning season.

• The use of ethanol auto rickshaws combined with introduction of mass rapid transport system will be introduced as a part of policy of zero tolerance to pollution.

• Some of the measures that will be taken up to deal with Water pollution in Yamuna include afforestation along the Yamuna, construction of rubber dam, solid waste management, developing a 35 KM long garden along the water front of Yamuna in Uttar Pradesh, Haryana and Delhi.

• The government will soon file an affidavit in the Supreme Court putting forward all the steps and actions taken up by the Government to conserve Taj Mahal.

• A Committee under the Chairpersonship of Secretary, Ministry of Environment, Forest and Climate Change, C. K. Mishra will be constituted to suggest ways to deal with Air and Water pollution.

• The committee will include experts from NEERI, IITs and experts from various organizations to look into the issue of industrial pollution.

• The committee will study on case to case basis and take a tough stand on hazardous industries in the vicinity of the Taj Mahal.