How to contact Foreigners’ Tribunals if name missing from NRC Assam?

An appeal in Foreigners’ Tribunals (FT) can be made under Section 8 of Schedule to the Citizenship (Registration of Citizens and Issue of National Identity Cards) Rules, 2003. 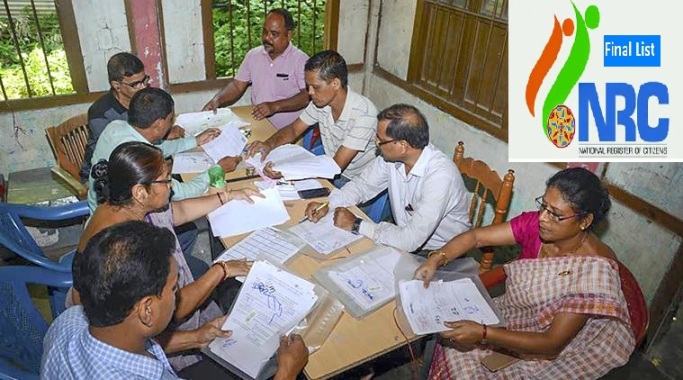 Now, people whose names are not mentioned in the final NRC list can file an appeal in Foreigners’ Tribunals (FT). Assam government has been imposed section 144 of the Code of Criminal Procedure (CrPC) across various districts of the state.

• The Union Home Ministry has clarified that if excluded from NRC list doesn’t mean that such people will be declared as foreigners.
• Such people will have to present their case before the Foreigners’ Tribunals.
• The state government has setup more than 1,000 Foreigners’ Tribunals to hear these appeals.
• Such people need to contact NRC officer at NRC center with relevant documents.
• People can bring permanent residential certificate, passport, government-issued licence or certificate, LIC policy, land and tenancy records, government employment certificate, bank/post office accounts, educational certificate and court records.
• Now, an appeal can be made under Section 8 of Schedule to the Citizenship (Registration of Citizens and Issue of National Identity Cards) Rules, 2003.
• The time limit to file an appeal has been increased from 60 days to 120 days – till December 31, 2019.

The Central Government under Section 3 of The Foreigners Act, 1946 issued the Foreigners’ (Tribunals) Order in 1964. It was for the first time in 2013 when major amendments in Foreigners (Tribunals) Order, 1964 were undertaken. Latest amendment in the same act was undertaken in May 2019. The new amendments highlight the modalities for the Tribunals to decide on appeals made by persons not satisfied with the outcome of claims and objections filed against the NRC. Foreigners’ Tribunals under this order have been established only in Assam and in no other state of the country.