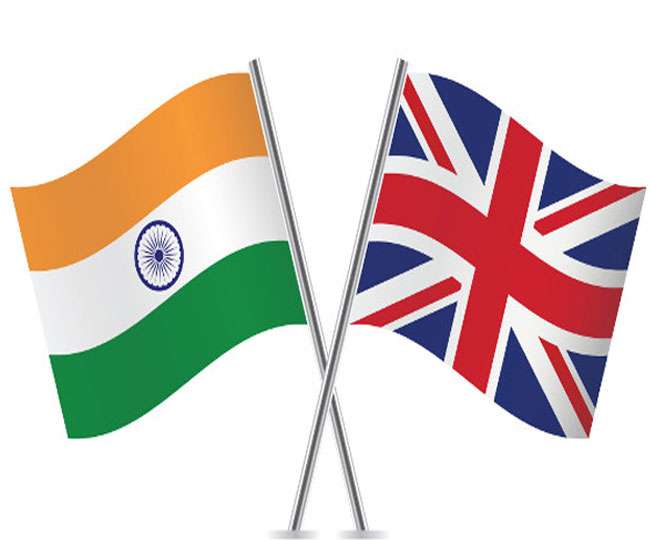 India and Britain on April 18, 2018 signed nine agreements in the areas of technology, trade and investment. The agreements were signed during PM Narendra Modi’s visit to the United Kingdom, at the invitation of British PM Theresa May.

PM Modi will also participate in the Commonwealth Heads of Government Meeting in London on April 19-20, 2018.

• India and Britain signed a framework agreement for the UK-India Cyber Relationship, aiming for a free, open, peaceful and secure cyberspace.

• The agreement also calls for cooperation in exchange of information and strategies for effective cyber security incident management and threat response.

MoU on exchange of information for combating international criminality

• Both the sides also signed a Memorandum of Understanding (MoU) on cooperation and exchange of information for the purpose of combating international criminality and tackling serious organised crime.

• The MoU also seeks to establish a mechanism for the exchange of criminal records, immigration records and intelligence.

MoU for the rejuvenation of river Ganga

• The National Mission for Clean Ganga (NMCG) and Natural Environmental Research Council (NERC), UK signed an MoU for the rejuvenation of river Ganga.

• Under this MoU, Britain will support the Indian government in sustainable management of water resources in the Ganga basin through collaborative programmes and through exchange of policy experts under the UK Water Partnership.

MoU on cooperation in field of sustainable urban development

• India and Britain also signed an MoU to strengthen institutional cooperation in the field of sustainable urban development.

• This MoU includes cooperation in business engagement programme and project design, access to finance, knowledge exchange and research and innovation.

• It also calls for building on existing cooperation on the Smart Cities Mission.

Both the sides signed a Memorandum of Understanding (MoU) on skill development, vocational education and training to promote collaboration and capacity-building.

Agreement on regulation of safe nuclear energy use

An Agreement was signed between the Atomic Energy Regulatory Board of India (AERB) and the Office for Nuclear Regulation of Great Britain (ONR) in the area of regulation of safe nuclear energy use for peaceful purposes.

• India's NITI Aayog and Britain's Department of Business, Energy and Industrial Strategy (BEIS) signed a statement of Intent to explore the possibilities for regular engagement on technology cooperation in areas such as electric vehicles, artificial intelligence (AI), Fintech, and advanced manufacturing.

• India and Britain signed an MoU to enhance cooperation on livestock husbandry, fisheries and agro-forestry.

• An agreement was signed for an addendum covering research in humanities and social sciences to the 2004 Newton-Bhabha MoU, which supports research and innovation capacities of both sides.

• A non-governmental MoU was also signed between the All India Institute of Ayurveda (AIIA) and College of Medicine to set up a centre of excellence in Ayurveda and traditional Indian medicine.

Initiatives launched by India and Britain

• In terms of technological alliance, India's Nasscom and Britain's TechUK have set up a Tech CEO Alliance to bring together 10 CEOs from five British and five Indian major tech firms for a dialogue on digital skills and future business growth.

• India and Britain also announced a Dialogue on Investment to improve mutual understanding of future opportunities for cooperation.

• Eversource Capital, a joint venture between Lightsource BP and Everstone Group, will be the Green Growth Equity Fund Manager.

• An initial investment of 240 million pounds for green projects in India and UK will be able to resourceful for infrastructure projects financed by the Fund.

• The Fund will invest in renewable energy, clean transportation, water and waste management in India as part of India's National Investment and Infrastructure Fund (NIIF).