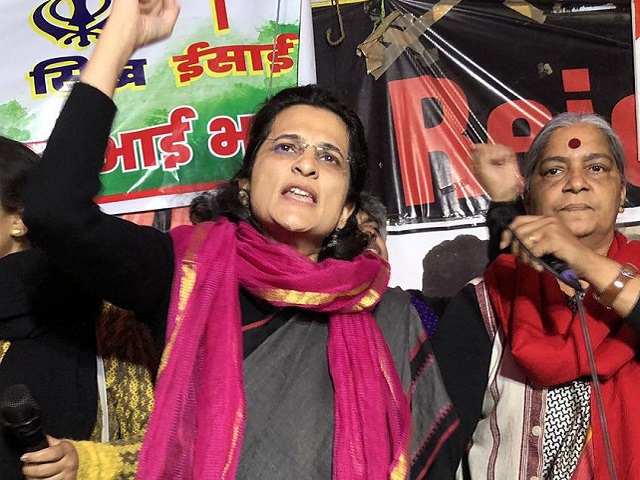 The United States on February 23, 2021 honoured Indian social activist Anjali Bhardwaj with the International Anti-corruption Champions Award. The honour was conferred upon 12 individuals in total for their dedication towards combating corruption.

US Secretary of State Antony Blinken said in a statement that the award recognises individuals who have worked tirelessly, often in the face of adversity, to defend transparency, combat corruption, and ensure accountability in their own countries.

Blinken further stated that the US' commitment to truth, transparency, and accountability is a mission that we must live at home and exemplify abroad. "I commend the dedication of these 12 brave individuals to these same ideals," he added.

Following are the 12 winners of the International Anti-corruption Champions Award:

US Secretary of State said that these individuals inspire us and so many of their counterparts pursuing these ideals around the world.

Who is Anjali Bharadwaj?

•  Anjali Bharadwaj is an Indian social activist, who had actively participated in the Right to Information Movement in India for over two decades.

•  She is the founder of Satark Nagrik Sangathan (SNS),  which is a citizens' group that works to promote transparency and accountability in government and encourage active participation of citizens.

•  Bhardwaj is also the convener of the National Campaign for Peoples' Right to Information. The campaign had advocated for the creation of an anti-corruption ombudsman and the Whistle Blowers' Protection Act, offering protection to those who expose corruption.