INS Khanderi: A Scorpene class submarine, handed over to Navy

First INS Khanderi was commissioned in Indian Navy on December 6, 1968, and that served till October 1989. 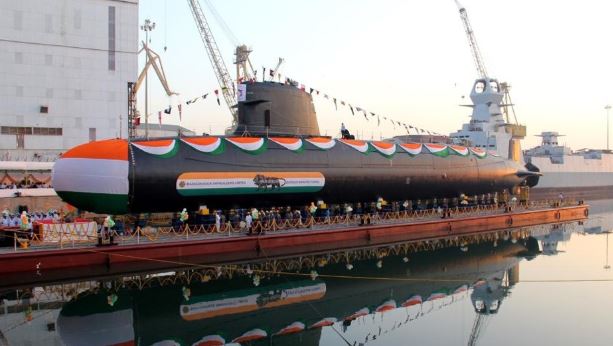 The second INS ‘Khanderi’ Scorpene submarine was recently handed over to the Indian Navy by Mazagon Dock Limited (MDL). Khanderi is a Kalvari class diesel-electric attack submarine that will be commissioned by Defence Minister Rajnath Singh on September 28, 2019.

Indian Navy had commissioned first Khanderi submarine on December 6, 1968, and served till its decommissioning on October 18, 1989. Apart from Khanderi, four more submarines are under construction at MDL. These submarines including – Karanj which is currently undergoing sea phase trials. Apart from that, Vela, Vagir and Vagsheer are upcoming Scorpene submarines of Indian Navy.

• Khanderi can target submarines are well as surface ships. The weight of Khanderi is about 1775 tonnes.
• Its deadly armament of torpedoes can hunt surface ships as well as submarines. The torpedoes can be fired from six 21 inch tubes or SM.39 Exocet anti-ship missiles.
• In place of torpedoes and missiles, Khanderi can also carry 30 anti-ship mines.
• Apart from that, Khanderi will be useful for intelligence gathering and area surveillance operations.

• Submarine Khanderi has been designed by a French organization Naval Group.
• It has been named after a deadly sawfish Khanderi which is found in the Indian Ocean.
• Khanderi will be India’s 17th submarine once commissioned.
• Khanderi submarine can stay out in the sea for 50 days with a crew of 8 officers and 35 sailors.