IRNSS-1I is expected to replace IRNSS-1A, the first of the seven navigation satellites, which became ineffective after its three rubidium atomic clocks failed. 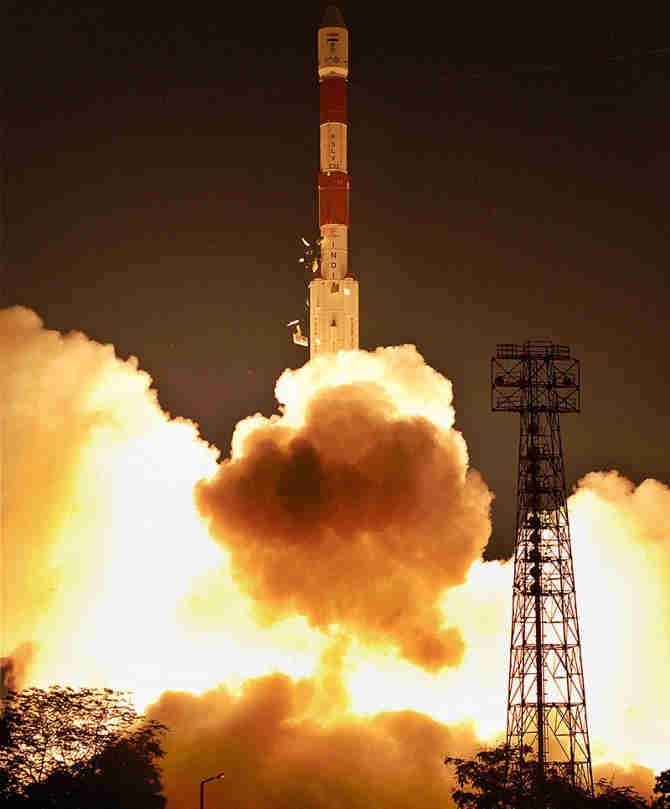 The satellite was put into orbit on the PSLV-C41 rocket from the Satish Dhawan Space Centre in coastal Andhra Pradesh.

• Eighth in the series, IRNSS-1I completes the first phase of the Indian regional navigation constellation.

• This 1425 kg satellite is built for a ten-year job in space. IRNSS-1I will be ready for work in about a month after routine orbit manoeuvres and tests.

• Currently orbiting in a temporary sub-geosynchronous elliptical path, IRNSS-1I will be gradually pushed in the coming days into a geostationary circular orbit 36000 km away from Earth at an inclination of 29° over 55° East longitude.

• IRNSS-1I also carries two types of payloads for navigation and ranging. The navigation payload will transmit navigation service signals to the users, while the ranging payload consists of a C-band transponder, which facilitates accurate determination of the range of the satellite.

• IRNSS-1I is expected to replace IRNSS-1A, the first of the seven navigation satellites, which became ineffective after its three rubidium atomic clocks failed.

• Although IRNSS-1I is the ninth navigation satellite to be launched in the ‘NavIC’ navigation fleet, it is counted as the eighth as the previous one IRNSS-1H was lost in a faulty launch in August 2017.

The NavIC satellites are considered as India's own GPS. They seek to give precise information of position, navigation and time of objects or people. These satellites have a restricted military and security application.

These satellites were built by a consortium of six Indian companies led by Alpha Design Technologies Ltd, Bengaluru.