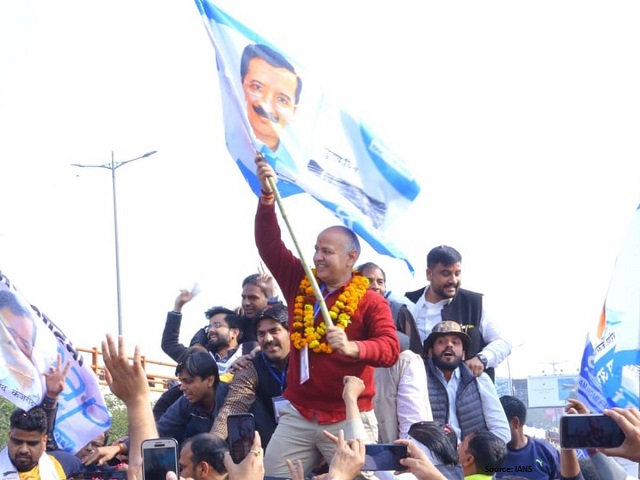 East Delhi Election Result 2020 Live Updates:  Arvind Kejriwal is poised to become the Chief Minister of Delhi for the third consecutive time, after Delhiites voted to bring the Aam Aadmi Party back to power in the recently concluded Delhi Elections 2020. The AAP won 62 seats in the 70-member Delhi Assembly, while the BJP upped its previous seat share to 8 this time. The Congress, which had ruled the capital for three consecutive terms previously, failed to open its account in the assembly yet again. The final results were declared on February 11, 2020.

Delhi BJP state President Manoj Tiwari thanked all the voters of Delhi and the workers for their hard work and accepted the mandate.

AAP chief Arvind Kejriwal thanked the people of Delhi for reposing their faith in the party for the third consecutive time. 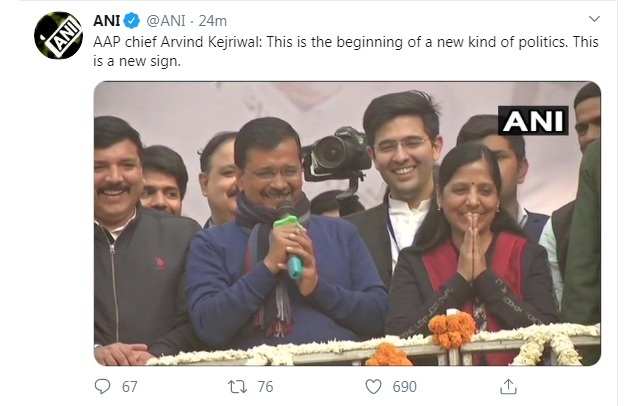 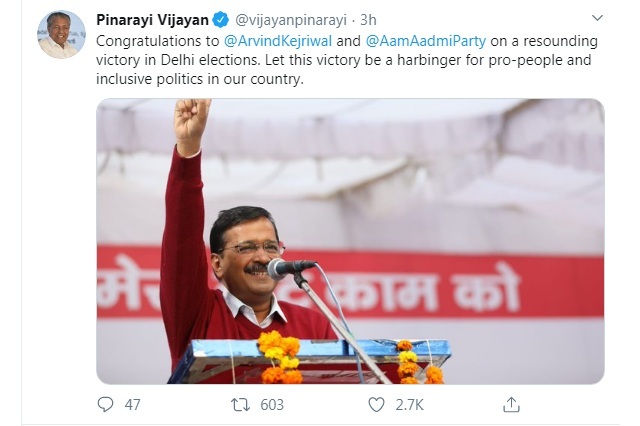 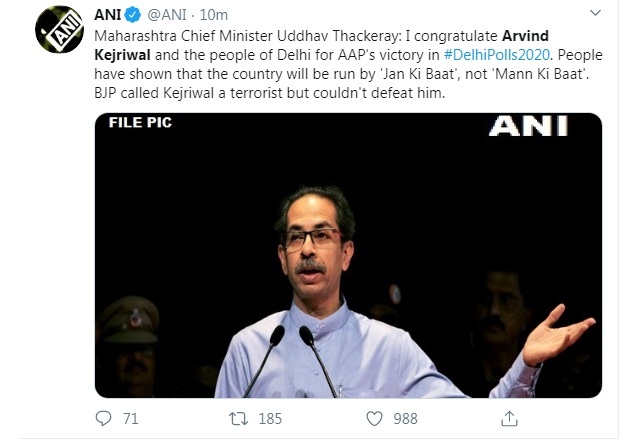 BJP's Anil Bajpai has won from Gandhi Nagar constituency. He defeated AAP's Naveen Chaudhary with a margin of about 6,000 votes.

Delhi's Deputy CM has finally won from Patparganj constituency, ending the close see-saw battle. Sisodia has allegedly won by a margin of 3000 votes. Speaking after his victory,  Sisodia said that it was a tough fight but he is glad that the voters decided to back him and CM Arvind Kejriwal. 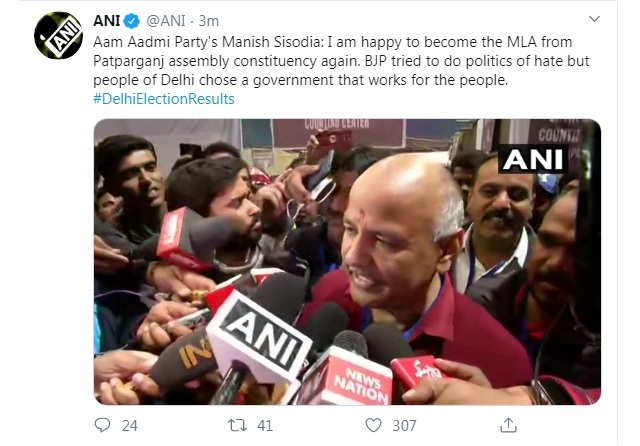 AAP's Raghav Chadha has won from Rajinder Nagar constituency, beating BJP's RP Singh. He was leading by more than 18,000 votes. 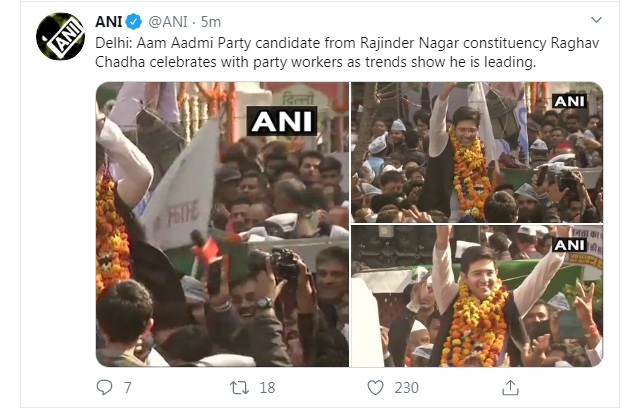 Gautam Gambhir, BJP MP from East Delhi accepted the result and congratulated Arvind Kejriwal and the people of the capital. He said that they had tried their best but probably could not convince people of Delhi. 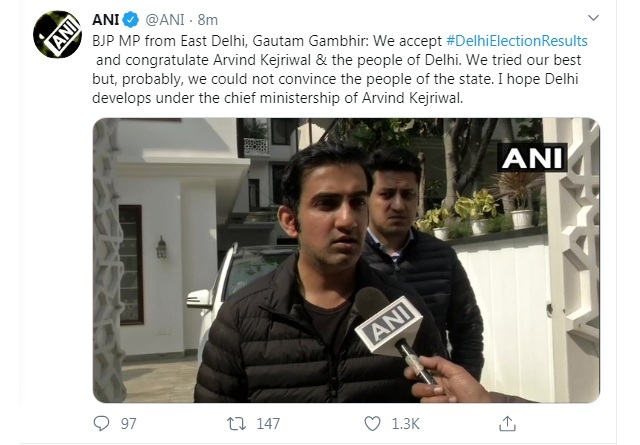 Delhi Congress Chief Subhash Chopra claimed the responsibility for his party's poor performance in the national capital. He said that the Congress state unit will analyse the factors behind the loss. He added saying that the major reason for a drop in their vote percentage was politics of polarization by BJP and AAP. 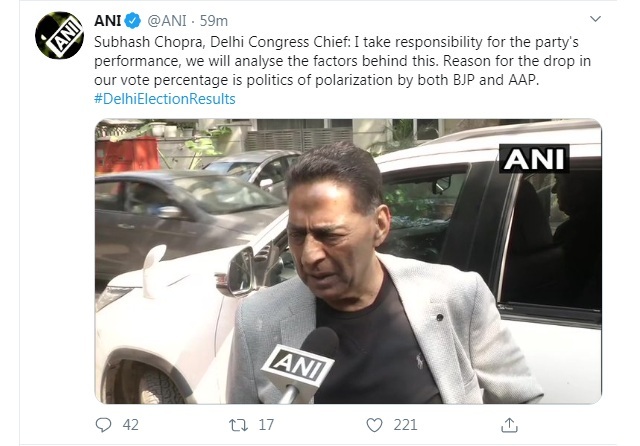 West Bengal CM Mamata Banerjee congratulated Arvind Kejriwal for his impending victory in Delhi Elections 2020. She said "people have rejected BJP. Only development will work, CAA, NRC and NPR will be rejected." 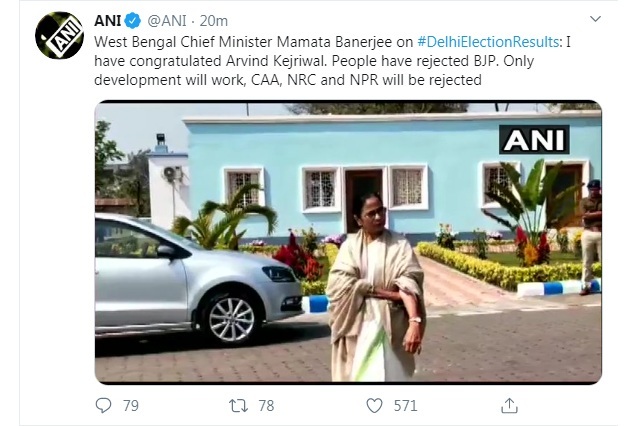 As per official EC trends, AAP is leading on 56 seats. Delhi Deputy CM Manish Sisodia has also closed his trailing gap in the 7th round of counting. He is now trailing behind BJP's Ravi Negi by 859 votes in Patparganj constituency. 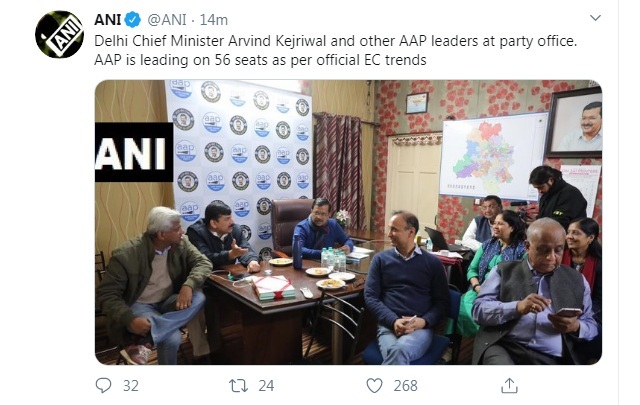 AAP's Amantullah Khan is leading from Okhla constituency by 70514 votes. The sitting MLA is almost certain to retain his assembly seat. The controversial Shaheen Bagh, which has witnessed anti-CAA protests since December 2019, falls under the Okhla constituency.

Manish Sisodia is trailing from Patparganj constituency by 1427 votes after third round of counting. BJP's Ravi Negi is leading from the seat. Is the Deputy Chief Minister's seat in jeopardy?

Manish Sisodia has regained slim lead from Patparganj, Atishi is leading from Kalkaji by 1000 votes and Amanatullah Khan has also regained lead from Okhla constituency.

Manish Sisodia is leading from Patparganj by a margin of 112 votes. According to official EC trends, Aam Aadmi Party is leading on 52 seats and the BJP is leading on 18 seats. 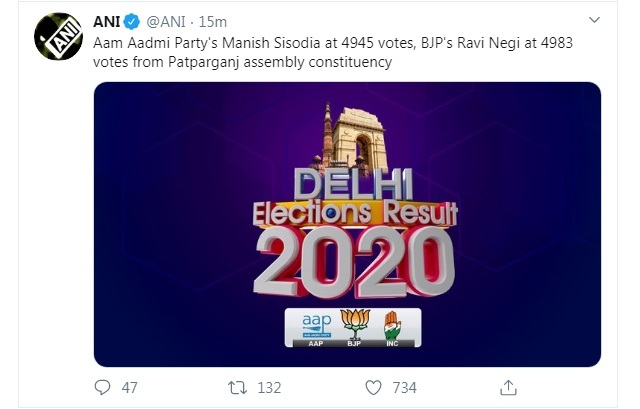 Patparganj-  AAP's Manish Sisodia is leading from the constituency by 74 votes after second round of counting.

Kalkaji- AAP's Atishi is trailing behind BJP's Dharambir Singh by around 200 votes.

According to latest figures from the Election Commision, APP is leading on 32 seats and the BJP is leading on 16 seats. Delhi CM Arvind Kejriwal is currently leading from New Delhi constituency by a margin of 4,387 votes.

Delhi Chief Minister Arvind Kejriwal is leading from New Delhi constituency by a margin of 2026 votes.

Manish Sisodia has regained lead from Patparganj constituency. He is competing against BJP's Ravinder Singh Negi.

Congress' Alka Lamba is leading from Chandni Chowk. She is competing against AAP's PS Sawhney and BJP's Ravinder Gupta. 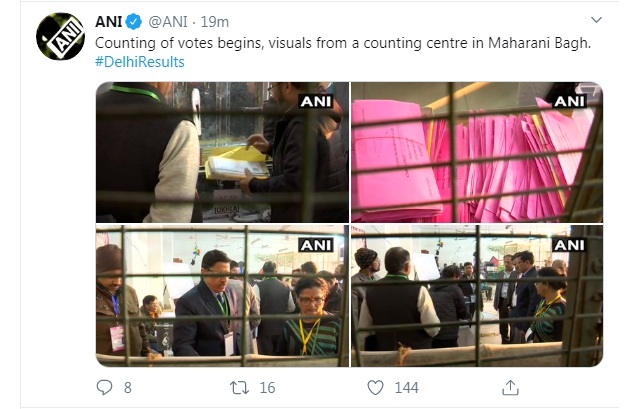 The Delhi Exit Polls 2020 project a clear victory for the Arvind Kejriwal-led AAP. The Delhi CM is predicted to return for the third time with at least two-third majority.  In the 2015 Delhi Election Results, AAP had won 67 seats, while the BJP had won just 3 seats. The Congress, which was in power in Delhi for three consecutive terms, had failed to open its account.

As per official figures, 62.59 per cent voter turnout was recorded on the polling day. The Delhi Elections were held in a single-phase on February 8, 2020.