The Lok Sabha Elections 2019 Phase 4 will see voting in 17 seats of Maharashtra, 13 seats each in Rajasthan and Uttar Pradesh, 8 in West Bengal, 6 each in Madhya Pradesh and Odisha, 5 in Bihar, and 3 in Jharkhand. 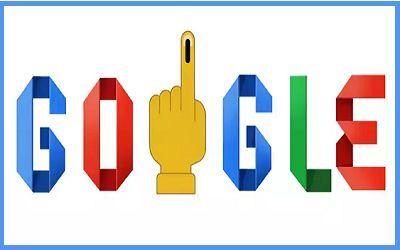 During the fourth phase, voting was held for the remaining 41 assembly seats in Odisha, by-election to Chhindwara assembly seat in Madhya Pradesh, Nighasan in Uttar Pradesh, and Krishnaganj in West Bengal.

Note: This phase saw the end of polling in constituencies of Maharashtra and Odisha, while the polling process will start in Rajasthan, Madhya Pradesh and Jharkhand.

In Maharashtra, 17 constituencies that went to polls were all the six seats from Mumbai; Thane, Kalyan, Bhiwandi, Nashik, Palghar, Maval, Shirdi, Dhule, Shirur, Dindori and Nandurbar.

In West Bengal, voting was held for Baharampur, Bolpur, Birbhum, Ranaghat, Krishnanagar, Asansol, Burdwan East, and Burdwan-Durgapur constituencies. 68 candidates are in the fray for 8 parliamentary seats.

In Uttar Pradesh, polling took place in 13 constituencies - Shahjahanpur, kheri, Hardoi, Mishrikh, Unnao, Farrukhabad, Etawah, Kannauj, Kanpur, Akbarpur, Jalaun, Jhansi and Hamirpur. There are 152 candidates including 18 womens in the fray in this phase.

In Jammu and Kashmir, polling took place in Kulgam district of the Anantnag parliamentary constituency. All of the 433 polling stations have been designated either as hypersensitive or sensitive.

In Rajasthan, 13 Lok Sabha seats went to polls in Phase IV. Over 2.5 crore voters will decide fate of 115 candidates.

In Bihar, 66 candidates including 20 Independents and 3 women will be contesting for the 5 Lok Sabha seats.