Mahatma Gandhi's 72nd Death Anniversary today, Know all about it

Mahatma Gandhi was assassinated by Nathuram Godse in Birla House on January 30, 1948. 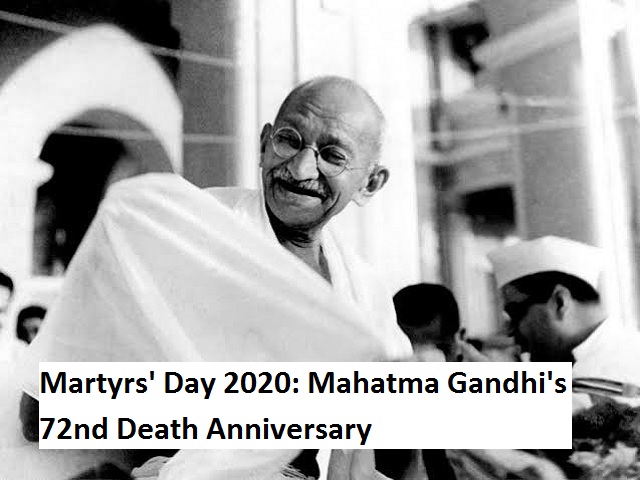 Mohandas Karamchand Gandhi is known for his thoughts and principles during his lifetime. Union Minister Smriti Irani tweeted on the occasion of Mahatma Gandhi’s death anniversary that she salutes to all those people who sacrificed their lives for the freedom of the country. She also said that the bravery of martyrs will be remembered. 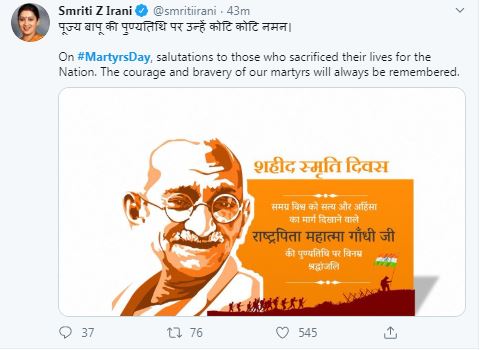 What happens on this day?
The President of India, Vice President, Prime Minister and Defence Minister come together at Rajghat, Mahatma Gandhi’s Samadhi. All dignitaries pay homage to Gandhi and remember his brave contributions during the freedom struggle.

About Mahatma Gandhi
• Mahatma Gandhi was born on October 02, 1869, in Porbandar, Gujarat. He completed his early education from Gujarat and Bombay University.
• Gandhiji went to London on September 04, 1888, to become a barrister.

• In 1893, Gandhiji went to South Africa with a one-year agreement. He faced discrimination against Indians in South Africa.

• Gandhi returned to India in 1916 and lived his entire life for the freedom struggle.
• Champaran Movement in 1918 was Gandhi’s first achievement in the freedom struggle.
• He also organized the Noncooperation movement in 1920. However, it is believed as an unsuccessful attempt as some incidents of violence occurred during the movement.
• After that, Mahatma Gandhi organized a civil disobedience movement in 1930, it is also known for Dandi Yatra.
• In 1942, Gandhi called the Quit India Movement which is known as one of the biggest and successful campaigns of his lifetime.