MS Dhoni begins training with Territorial Army Battalion, to be on patrol and guard duties in Kashmir

MS Dhoni: MS Dhoni has begun his training with Indian Army's Parachute Regiment. Dhoni will be deployed in Kashmir Valley for 15 days. 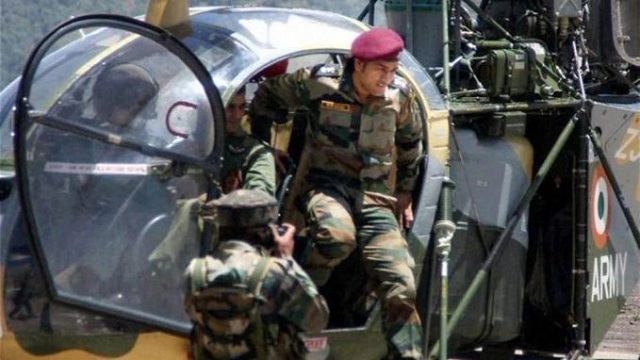 MS Dhoni to be on patrol and guard duties in Kashmir

MS Dhoni: MS Dhoni will be on patrol and guard duties in Kashmir. The former Indian skipper has taken a two-month sabbatical from cricket to fulfill his commitment as Lieutenant Colonel in the Parachute Regiment of the Territorial Army. Dhoni had earlier himself unavailable for the upcoming India tour of West Indies.

MS Dhoni has begun his two-month training with Indian Army's Parachute Regiment. As per reports, MS Dhoni will undergo training with the jawans and live like any other soldier.

MS Dhoni was accorded the honorary rank of Lieutenant Colonel by the Indian Army in 2011, after he led the Indian cricket team to a historic win in the 2011 Cricket World Cup, 28 years after the 1983 triumph.

MS Dhoni will be taking up patrolling, guard and post duty in Kashmir and he will be staying with troops in Kashmir valley. MS Dhoni will not, however, be a part of any active operation.

MS Dhoni, former Indian skipper had made himself unavailable for India’s upcoming tour of West Indies due to his prior commitment with the Indian Army’s Territorial Army battalion.