The government will ensure to lay down an additional optical fiber cable route of 3 million kilometers. 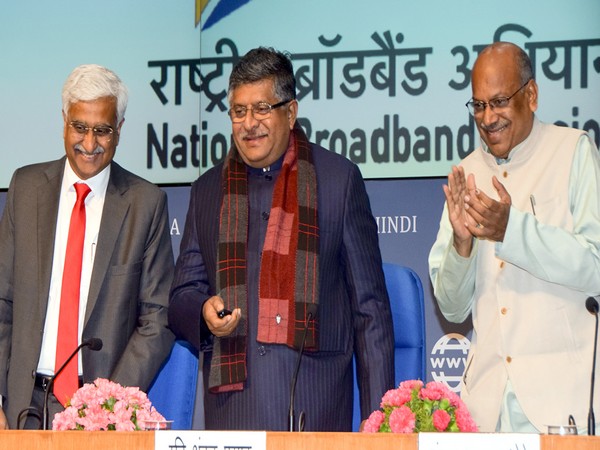 The government of India has launched National Broadband Mission (NBM) with an aim to provide an internet connection to all villages by 2022. The affiliated parties will invest Rs 7 lakh crore in the coming years. In rural areas, broadband access will be made available on a universal and equal basis.

Union Minister of Communications Ravi Shankar Prasad inaugurated this mission. He said that govt aims to improve the quality of mobile and internet services through National Broadband Mission. He also said that technology infrastructure will be strengthened in the fields of education, health, entrepreneurship, and development through this mission.

• The government will ensure to lay down an additional optical fiber cable route of 3 million kilometers.
• Also, the density of the tower will also be increased from 0.42 to one tower per thousand population by 2024.
• The National Broadband Mission was first mentioned by Prime Minister Narendra Modi in his speech from Red Fort on 15 August this year.
• The fiberization of towers will increase to 70 percent, which is now 30 percent under this mission.
• The mission will arrange 10% funds from the Universal Obligation Fund (USOF) and the remaining amount will be invested by industry and other stakeholders.

National Broadband Mission is part of the National Digital Communications Policy, 2018. The project aims to provide a fast-track growth to digital communication and digital infrastructure in the country. The government believes that this project will bring digital empowerment and inclusion that can give affordable and universal access to broadband to all. Earlier, broadband services were reached up to 1,42,000 villages through BharatNet mission.