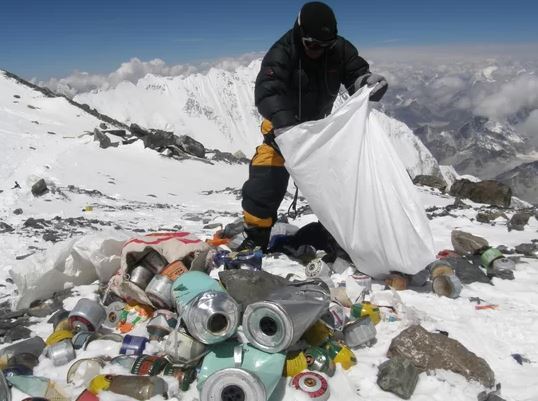 Nepal has collected about 3,000 kilograms of solid waste from Mt. Everest since when Nepal launched an ambitious Everest Cleaning Campaign. This 45-day Everest Cleaning Campaign was launched on April 14, on Nepali New Year, and seeks to clean up ‘world’s highest garbage dump.’ As per the Nepal government, 2,000 kg of garbage had been sent to Okhaldhunga while the remaining 1,000 kg were brought to Kathmandu using Nepali Army helicopters for disposal.

There have been attempts in the past to clean up Everest, including a 2014 government-mandated provision making it mandatory for every climber to come down the peak with at least 8 kilogramme of garbage the amount of trash estimated to be produced by one climber.

Historians has recently unearthed a stucco figure at Phanigiri (Telangana), presume to be that of Bodhisattva, displayed in a museum on April 30, 2019 to create awareness about the history of Telangana. The excavation of the historic site at Phanigiri began on February 2 and during this field season, the most important finding is the unique stucco figure of Buddha, measuring 1.73 m in length.

Researchers believed that it is life size stucco Bodhisattva figure, which was created by craftsmen at Phanigiri at the peak of Ikshvaku dynasty rule, nearly 1700 year ago. Brown and white fragments of the statue covered with soil were laid out on two tables at the State Museum at Gunfoundry. 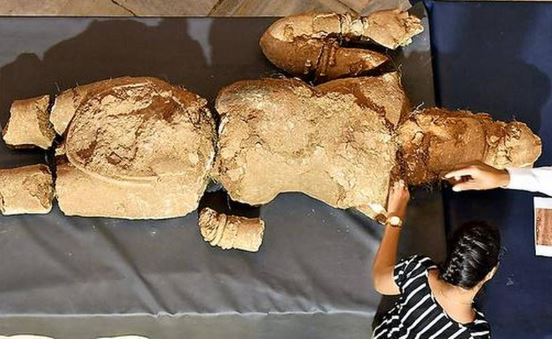 Phanigiri is a Buddhist site in Suryapet district, Telangana. It dates back to the 1st Century BCE. The place consists of a Buddhist complex which is adorned with a massive stupa along with two apsidal halls with stupas in it. Vardhamanukota, an early historic Buddhist site is located 8 kms from Phanigiri on the left bank of the rivulet Bikkeru or Aleru, on Phanigiri-Suryapet road.

The Buddihist site at phanigiri was selected for preliminary excavations in the year 1941 by Sri Khaja Mahamad Ahmad, the then Director, inviting Hon'ble Khusru Jung Bahadur member incharge of the Department and Begum Khusru Jung to visit the site and inaugurate the operations and continued upto 1944. The excavations for four field seasons i.e., 2001-2002, 2002-2003, 2004-2005 and 2006-2007 brought to light a Mahastupa, apsidal Chaityagrihas, Votive stupas, pillared congregation halls, viharas, platforms with staircases at various levels, sculptural panels with Brahmi label inscriptions of the Satavahana and Ikshvaku times.