The National Mission for Clean Ganga has approved eight projects worth Rs 700 Cr under Namami Gange Programme, among which four relate to sewage management in Uttar Pradesh, Bihar and West Bengal, three relate to treatment of drains through bio-remediation and one relates to inventorization and surveillance of river Ganga. 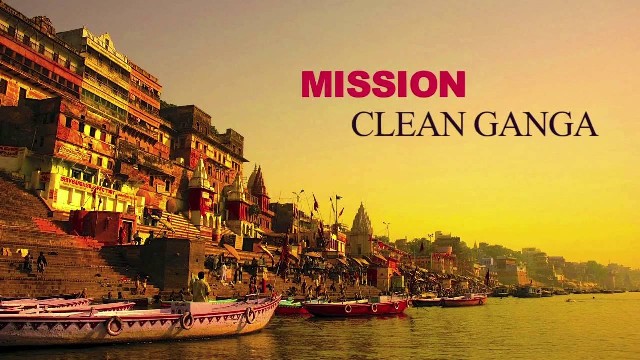 Among the 8 projects, four relate to sewage management in three Ganga basin states- Uttar Pradesh, Bihar and West Bengal, three relate to treatment of drains through bio-remediation and one relates to inventorization and surveillance of river Ganga.

• Project for pollution abatement in river Ganga at Bally in West Bengal. It has been approved at an estimated cost of Rs 200.07 Cr. It would include construction of a 40 MLD STP under Hybrid Annuity based PPP model among other works.

• The construction of a 65 MLD STP under Hybrid Annuity model has been approved for Bhagalpur in Bihar at an estimated cost of Rs 268.49 Cr.

• In Uttar Pradesh, sewage treatment related works at an estimated cost of Rs 213.62 Cr have been approved that includes construction of two STPs (28 MLD + 05 MLD) in Farrukabad and one 2 MLD STP at Bargadiya drain in Fatehpur.

• Pollution abatement works for river Ganga like interception, diversion and treatment of sewage in Bithoor have also been approved at an estimated cost of Rs 13.40 Cr.

The estimated cost of projects related to treatment of drains using bio-remediation technology is around Rs 4.29 Cr. These are for Rajapur drain and Digha drain in Patna and Laksar drain in Haridwar.

The last project, which relates to pollution inventorization, assessment and surveillance on river Ganga, has been approved at an estimated cost of Rs 42.9 Cr. It aims to mainly strengthen environmental regulation and water quality monitoring through river Ganga.

• It is the implementation arm of National Council for Rejuvenation, Protection and Management of River Ganga (National Ganga Council).

• It has a two tier management structure and comprises Governing Council and Executive Committee.

• Both the bodies are headed by Director General (DG), NMCG.

• The Executive Committee is authorized to approve projects under mission up to Rs.1000 Cr.

• The Director General (DG) of NMCG is also an Additional Secretary in Government of India.