Nobel Prize 2019 for Economics: Who is Abhijit Banerjee?

Abhijit Banerjee and other laureates have been awarded for their research and experimental approach to alleviating global poverty. 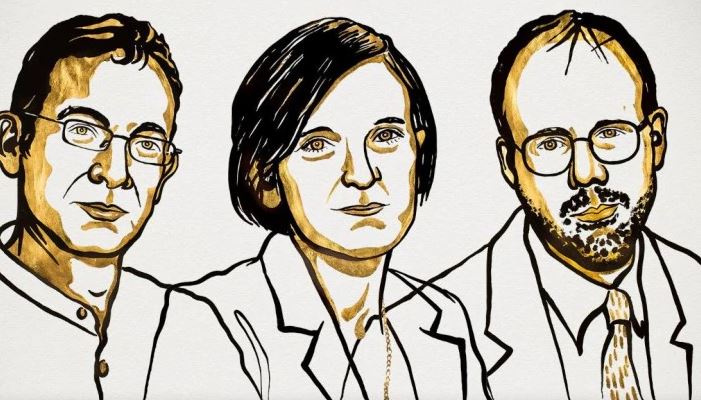 Abhijit Banerjee and other laureates have been awarded for their research and experimental approach to alleviating global poverty. According to the press release of The Royal Swedish Academy of Sciences, in just two decades, their new experiment-based approach has transformed development economics, which is now a flourishing field of research.

Who is Abhijit Banerjee?

• Abhijit Banerjee is an Indian-American economist. He was born in 1961 in Kolkata, India.
• Abhijit Banerjee completed his Masters in Economics at JNU, New Delhi, in 1983.
• He got his Ph.D. degree in 1988 from Harvard University, USA.
• He is an International Professor of Economics at Massachusetts Institute of Technology, Cambridge, USA.
• He is also a co-founder of the Abdul Latif Jameel Poverty Action Lab along with economists Sendhil Mullainathan and Esther Duflo.
• Abhijit Banerjee married MIT lecturer Arunadhathi Tuli Banerjee, but they later divorced. After this, Abhijit married economist Esther Duflo in the year 2015. Esther along with Abhijit has been jointly awarded the Nobel Prize for Economics this time.
• Abhijit was the former president of Banerjee Bureau for the Research in the Economic Analysis of Development. He was also a research associate of the American Academy of Arts and Sciences and the Economic Society, USA.
• He has also been the secretary of the high-level panel of the United Nations for the post-2015 development agenda.
• His book 'Poor Economics' has got the title of Goldman's Sash Business Book of the Year.

The Nobel Prize authority said that this year’s Laureates have introduced a unique and new approach to obtaining reliable answers to fight global poverty. As per their research, they divided the issue into smaller but more manageable questions. For example – they showcased that the most effective interventions for improving the financial condition is educational outcomes or child health. Their findings proved that these smaller, more precise, questions are the best solutions for the people who are most affected. Abhijit Banerjee and his wife Esther Duflo, often with Michael Kremer, organized similar experiments of other issues in other countries. Now, their research methods have widely accepted for the development of economics.

It is also known as ‘Poverty Action Lab” and founded by Abhijit Banerjee, Esther Duflo and Sendhil Mullainathan in 2003. It was established to support efforts that measure interventions against poverty on topics ranging from agriculture and health to governance and education. This lab was renamed as Abdul Latif Jameel Poverty Action Lab in 2005. The lab has 16 research initiatives that help the researchers to understand the requirements to eliminate poverty.