Nun Mariam Thresia dedicated her life to God at the age of 8 and started fasting and praying. Since childhood, her friends started calling her saint. 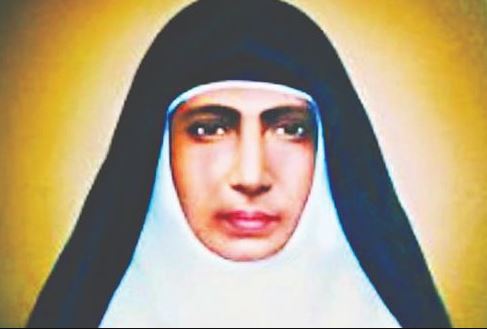 Sister Mariam dedicated herself to God at the age of 8 and started fasting and praying. Since childhood, her friends started calling her saint. Sister Mariam served the poor of Kerala and people suffering from leprosy and smallpox.

• She was born in Thrissur, Kerala on 26 April 1876. She came to be called as Mariam Thresia in 1904 because of her devotion to God.
• She helped the poor, took care of the sick and supported the destitute people throughout her life.
• Mariam Thresia has established a religious body called Holy Family in 1914. Now, about 2000 nuns are running this organization.
• It was declared in an event at Vatican City that, she built and operated several schools, hostels, orphanages and convents.
• Sister Mariam is also remembered for her works done for the education and empowerment of girls and poor women.
• She was passed away on June 8, 1926, at the age of 50 years.

PM Modi mentioned about Sister Mariam in Mann Ki Baat programme on September 29. He said that the country is proud of Sister Mariam. The work she has done for the good of humanity in her short lifetime of 50 years is an example for the whole world.

According to the Holy Family, a child born before nine months was struggling between life and death. Doctors had asked to give him medicine through a special ventilator which was not present in the hospital at that time. The child was hardly able to breathe. The parents of that child were the followers of Sister Mariam. The child's grandmother placed a religious sign on him and asked all the people to pray. There was a big change in the child's health within 20 to 30 minutes of doing this. The incident took place on April 9, 2009. Sister Mariam was declared 'Blessed' in Rome on the same day. On March 22, 2018, the Vatican accepted this 'miracle' of Sister Mariam and now she has been given the title of 'Saint' by the Pope Francis.